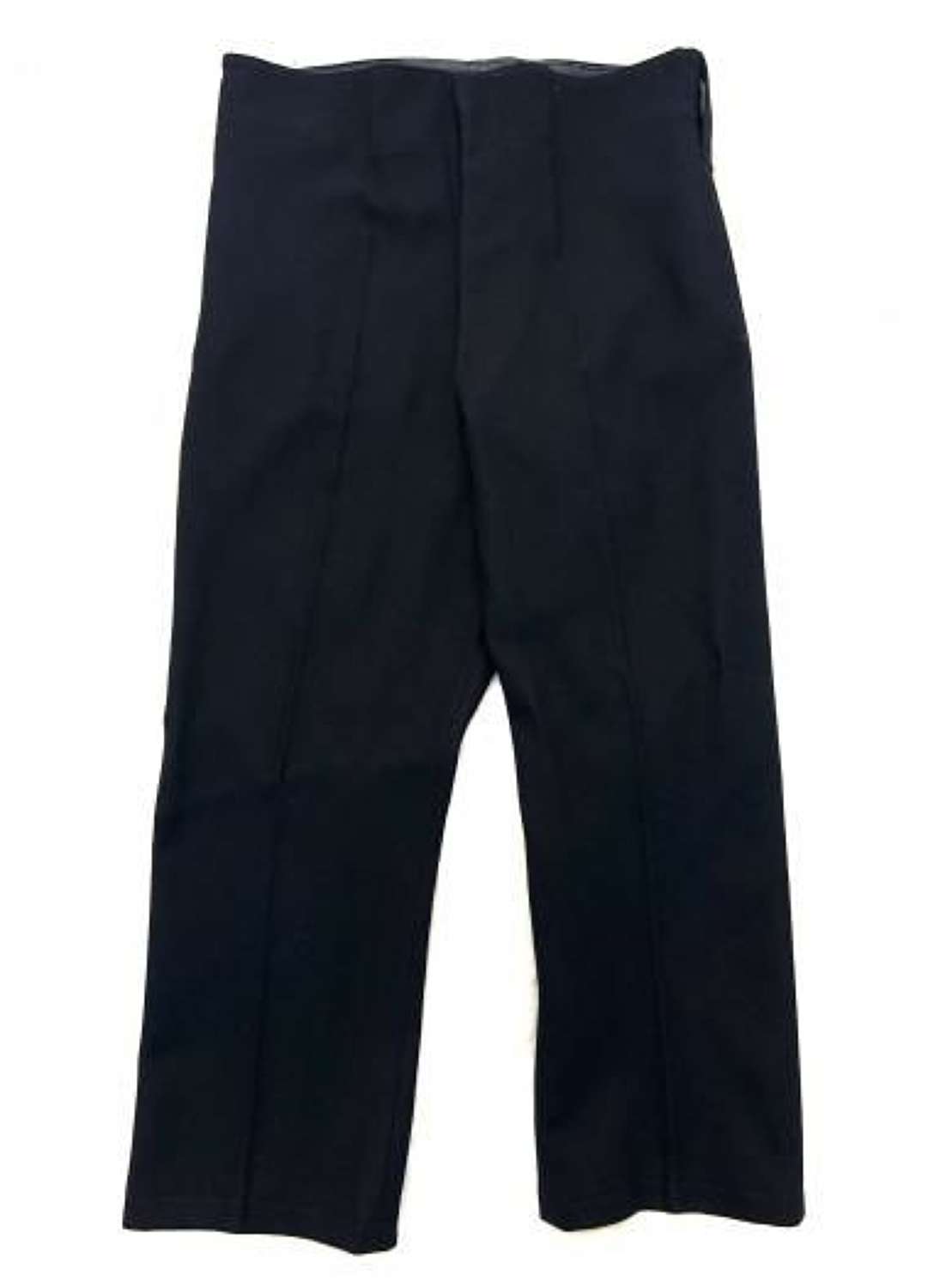 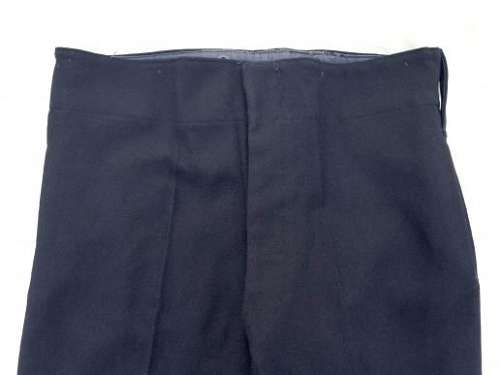 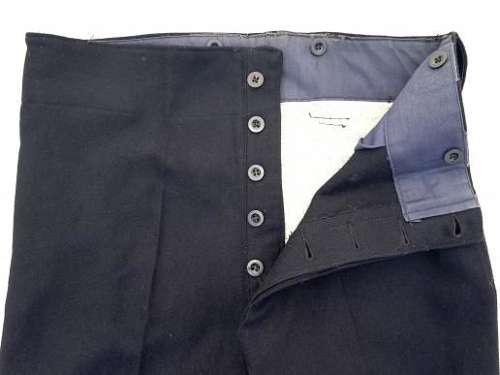 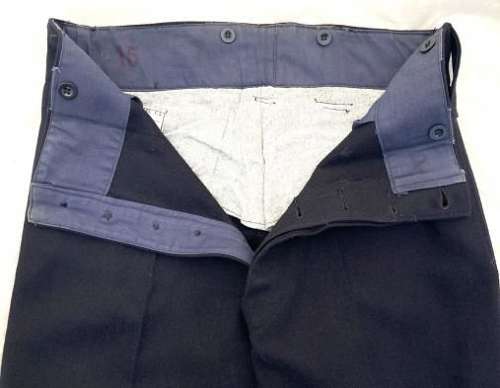 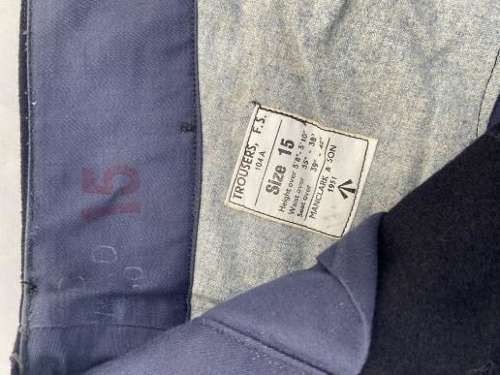 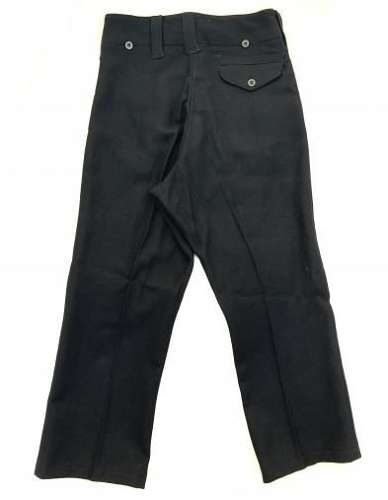 This pattern of trousers closely resembles earlier wartime trousers being made from a heavy serge wool and featuring a singular rear pocket and belt loops which mimic the battledress trousers of the Second World War. Serge was used for battledress as well as workwear for many years in the UK due to its hard wearing nature and warmth.

The interior of the trousers feature a cotton drill lining around the waist with a lower salt and pepper section of shirting material. Attached to this is the original issue label which states the trousers as being 'Trousers F.S. 104A' which denotes Fire Service as there intended use originally. They were made by 'Manclark & Son' and feature the War Department broad arrow marking as well as the 1951 date.

The trousers are in excellent condition for their age and appear to be unworn. There are no signs of previous wear or use and look to be dead stock. They are however a vintage pre-owned pair of trousers so may have small issues consummate with age. Please study the pictures as they form part of the description.

All in all a very nice pair of original early 1950s trousers in great condition which would be suitable for a number of WW2 Home Front re-enactment impressions.