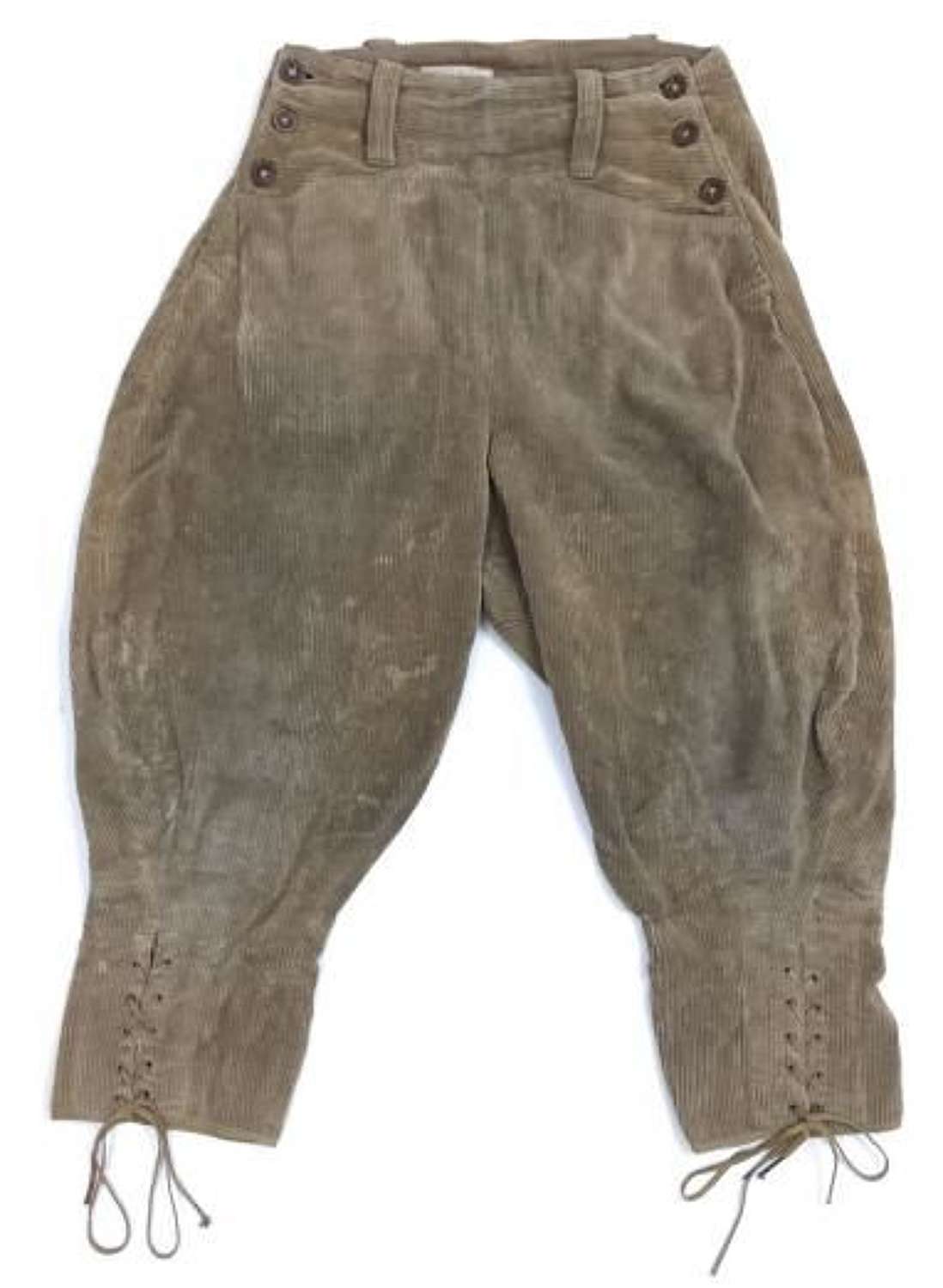 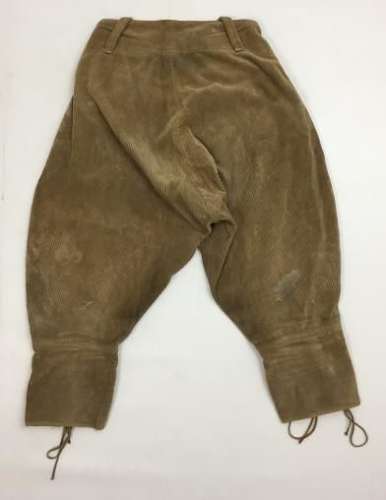 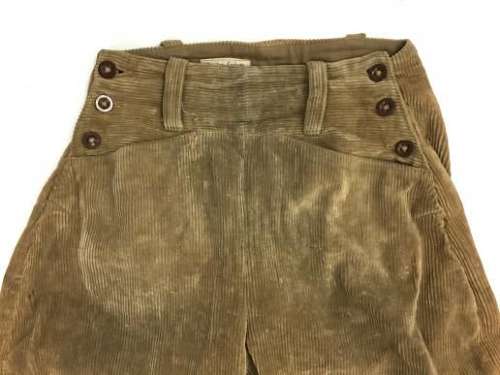 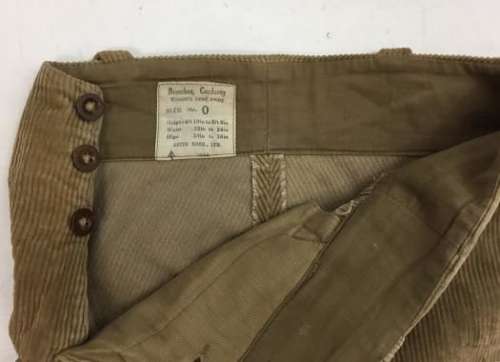 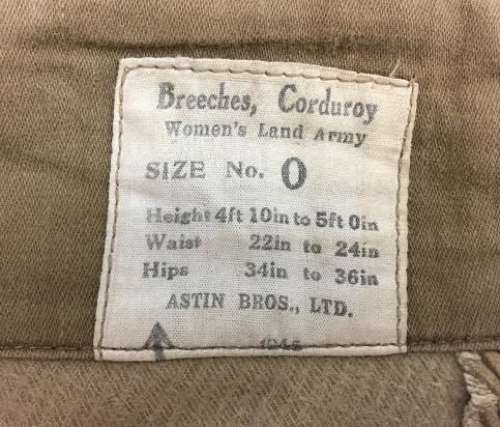 A pair of original Breeches, Corduroy Woman’s Land Army made by ‘Astin Bros Ltd’ and dated 1945.

The breeches are one of the most iconic parts of the WLA uniform and this particular pair have a great worn in ‘been there’ patina. The breeches feature a side buttoning closure as was standard on womenswear of the period. Three chocolate brown horn buttons are in place to fasten them closed and are clearly the original examples. The breeches close around the calf with laces which also appear to be original.

The original issue label is still present inside the waistband of the breeches and is still bright and legible. It states the size as No.0 and bares the War Department broad arrow stamp as well as the 1945 date.

The breeches are in reasonable condition but have clearly seen a fair bit of use. They are far from a mint un-issued pair but do have a great look to them none the less.

Overall a nice original pair of wartime WLA breeches which would make a good addition to any home front collection.