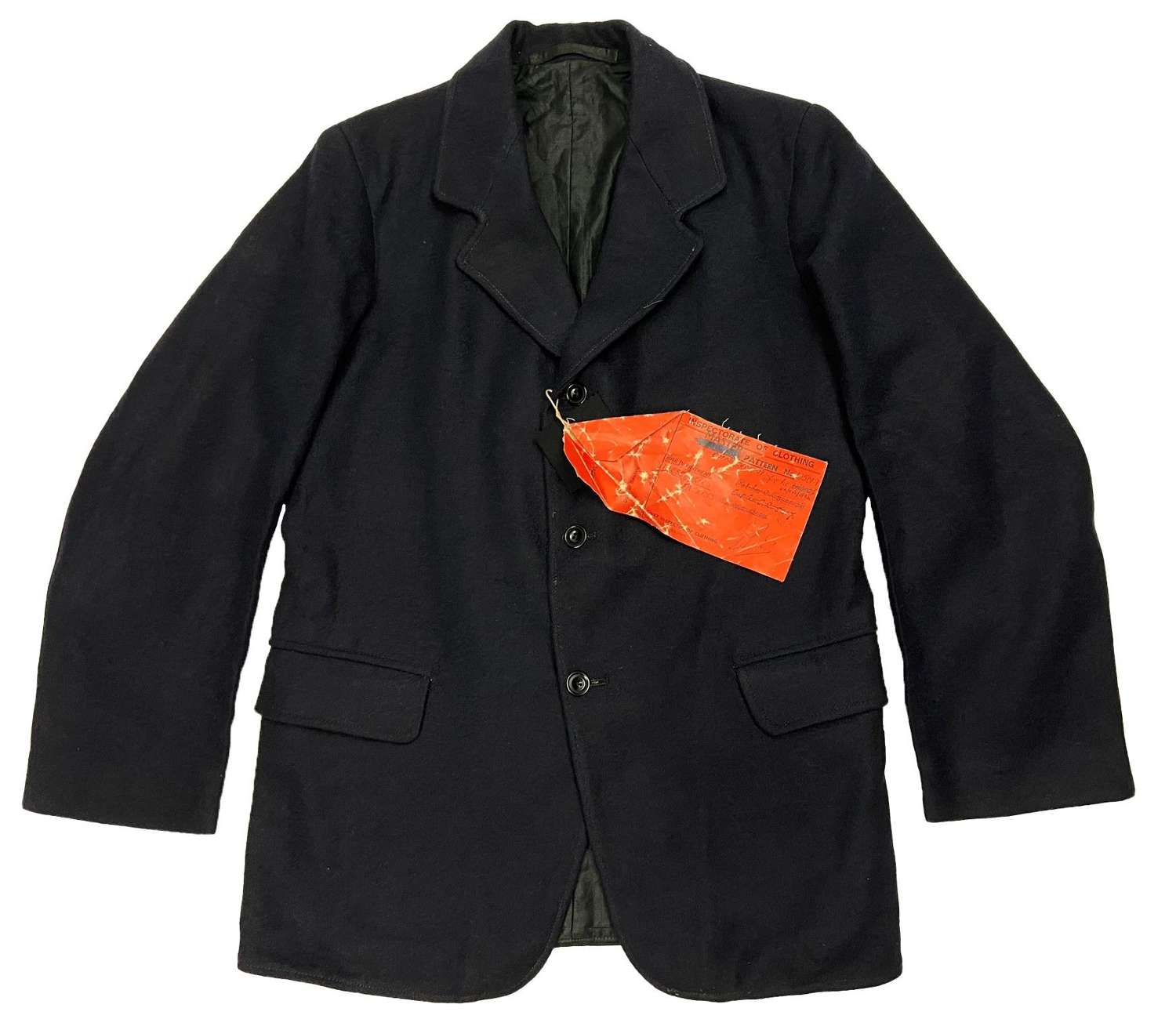 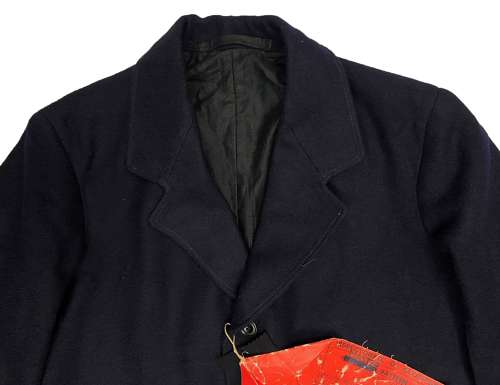 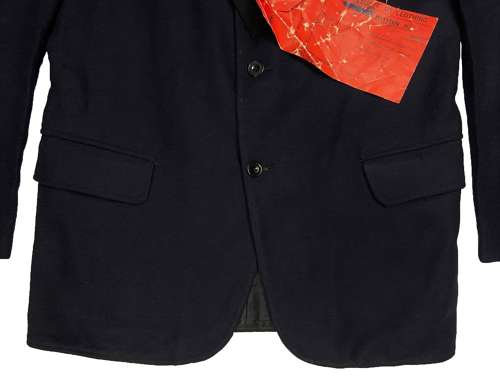 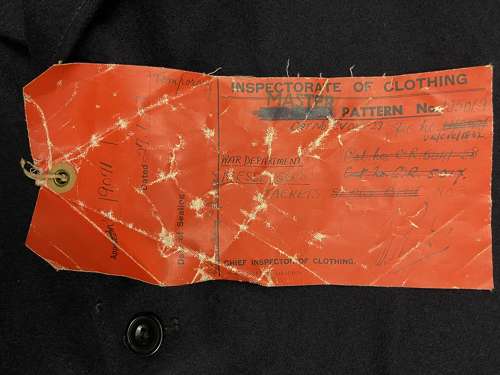 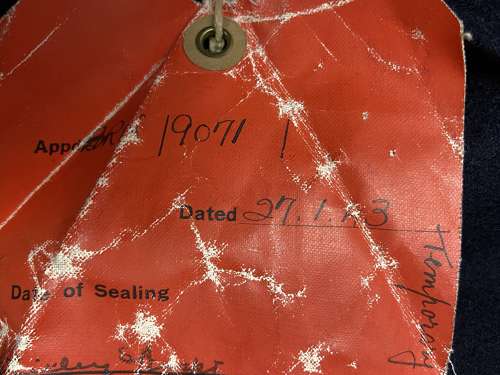 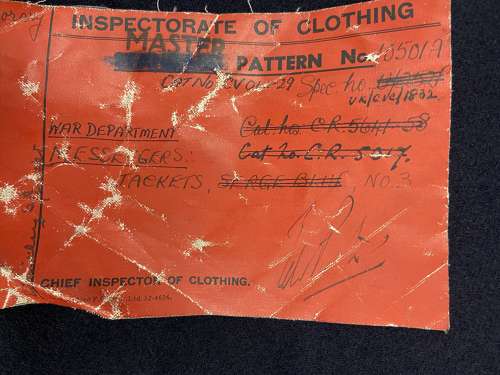 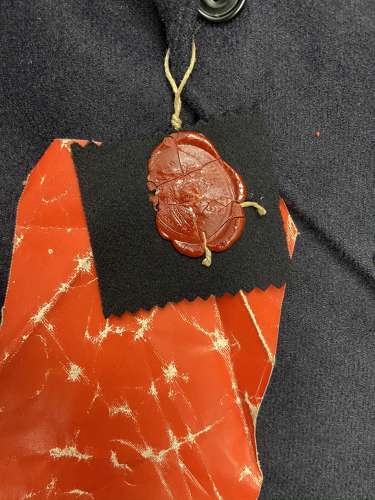 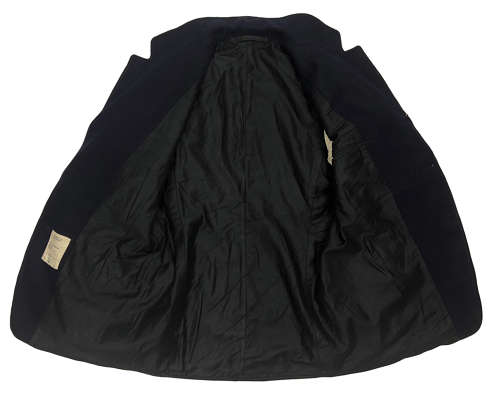 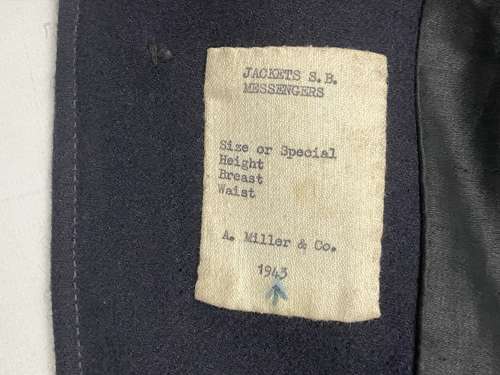 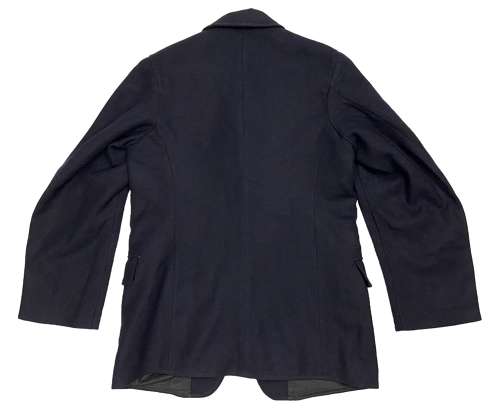 The War Office had its own messenger service from the Victorian period onwards, and was still in use during the Second World War. Its members were often ex-military and their job was to deliver messages around the inside of the War Office which was a veritable rabbit warren. They were issued with a navy blue uniform with this example in theory replacing an earlier design.

The jacket is made from a dark, navy blue coloured serge wool and features a single breasted three button closure to the front. It is a typically utilitarian piece featuring no breast pocket or darts to the front and a wide cut sleeve which is completely plain. The notched collar is of a typical shape for the period and the rear features no vents. The jacket is short in length which again is in-keeping with the fashion of the time.

The interior of the jacket is fully lined and fully canvassed with the same material being used to line to pockets. An interior pocket is present as is the original issue label which states 'Jackets S.B. Messengers' as the title. It features the manufacturer's name of 'A. Miller' and the date of 1943. Below this is the War Department broad arrow marking. Due to this being a sealed pattern the label is included for show as does not feature any sizing details.

Affixed to the front of the jacket is the master pattern ticket which bears various details including the date of 27/1/43, various specification and catalogue numbers as well as the inspectors signature. As well as this is a cloth swatch which bears the red wax seal.

The jacket is in excellent condition as can be seen in the pictures. It does not appear to have been worn and displays very well. It is a vintage item however so may have small issues commensurate with age.

A rare jacket complete with its original sealed pattern labels. A true piece of 1940s British utilitarian design which would make an excellent addition to any archive or collection.