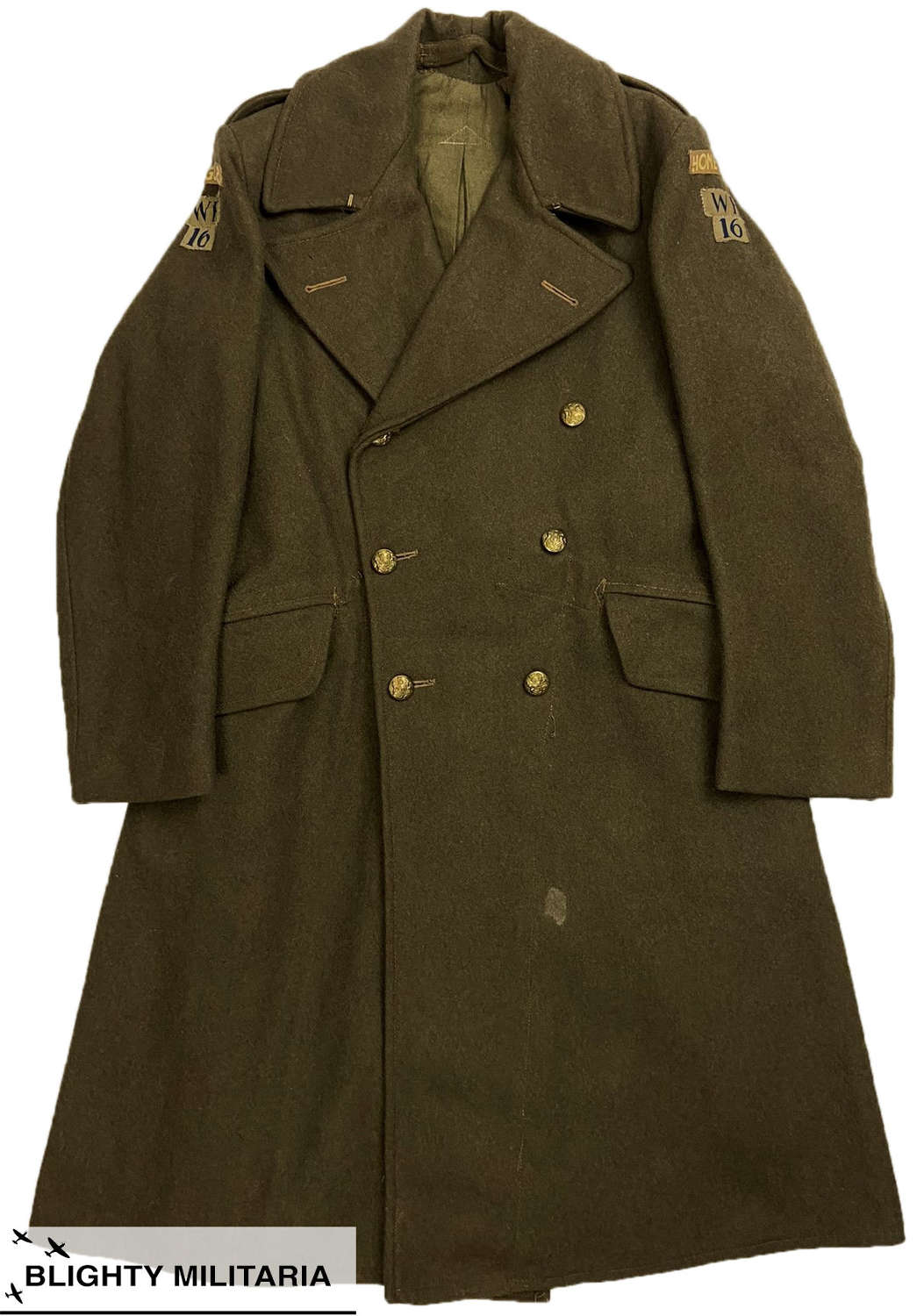 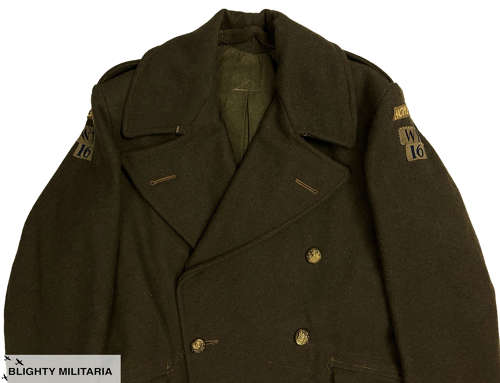 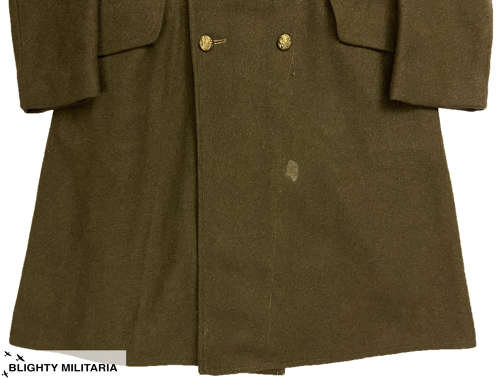 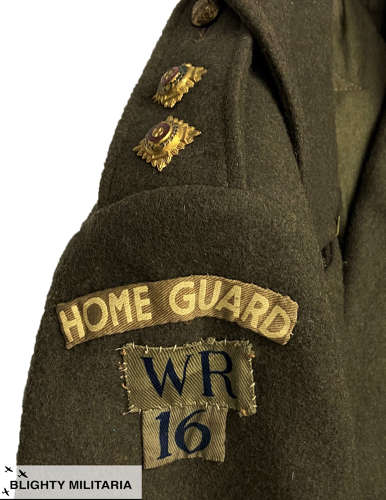 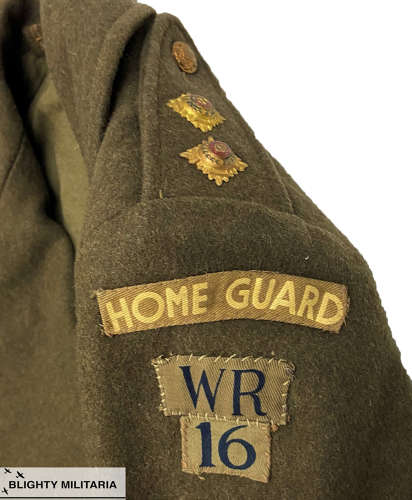 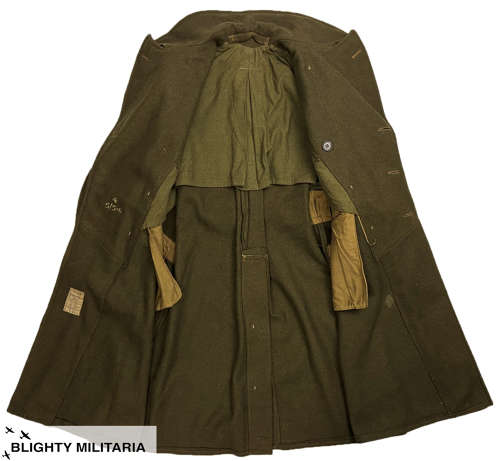 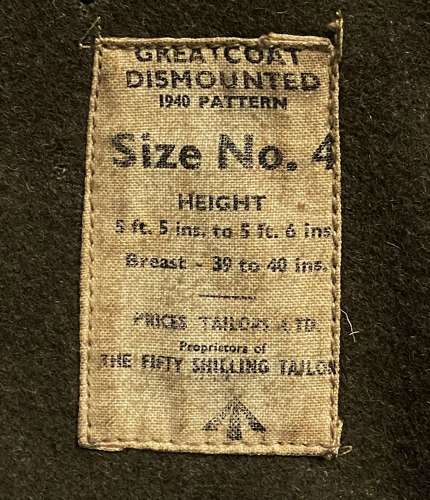 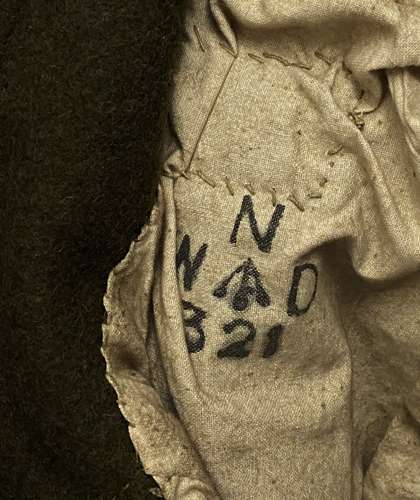 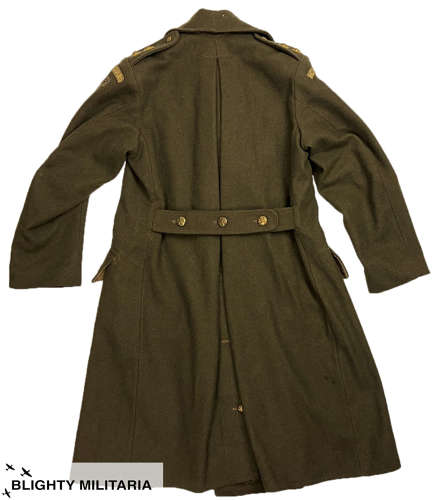 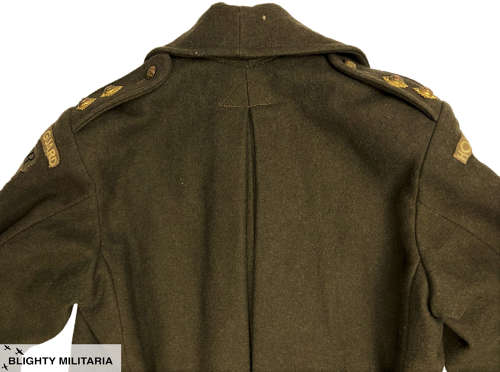 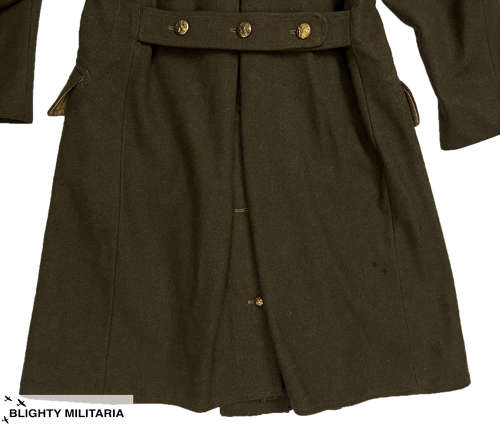 An original 1943 dated Home Guard Officers Greatcoat which belonged to a lieutenant in the 16th West Riding battalion (GPO) in Leeds.

The coat is a standard 1940 Pattern Dismounted Ordinary Ranks Greatcoat in a sie 4. It was not uncommon for officers to wear issue items in the Home Guard as they did not get an allowance for uniform like their regular army counterparts. The coat is made from a heavy khaki green coloured serge wool and features brass King's crown general service buttons throughout, save for one which is missing from the rear vent. Two brass rank stars are fitted to each epaulette which denote the rank of captain. To the top of each sleeve are printed Home Guard shoulder titles below which are the area badges which read 'WR 16' which denotes the 16th West Riding battalion which was based in Leeds.

Inside the coat the original label is still present and is bright a legible. It states the size as 4 and the maker as 'Prices Tailors Ltd proprietors of The Fifty Shilling Tailor'. Below this is the War Department broad arrow marking. There is also a War Department acceptance stamp to the sleeve lining. This is surmounted by the letter 'N' which denotes 1943 as the year of issue.

The coat displays well and is still very wearable. There are numerous signs of age and wear including some staining and two moth holes to the collar. Please take time to study the pictures before purchasing and bear in mind that this is a vintage, pre-worn item with some issues commensurate with age.

***This coat was found with a Home Guard lieutenant's denim battledress jacket listed separately which may well have belonged to the same man.