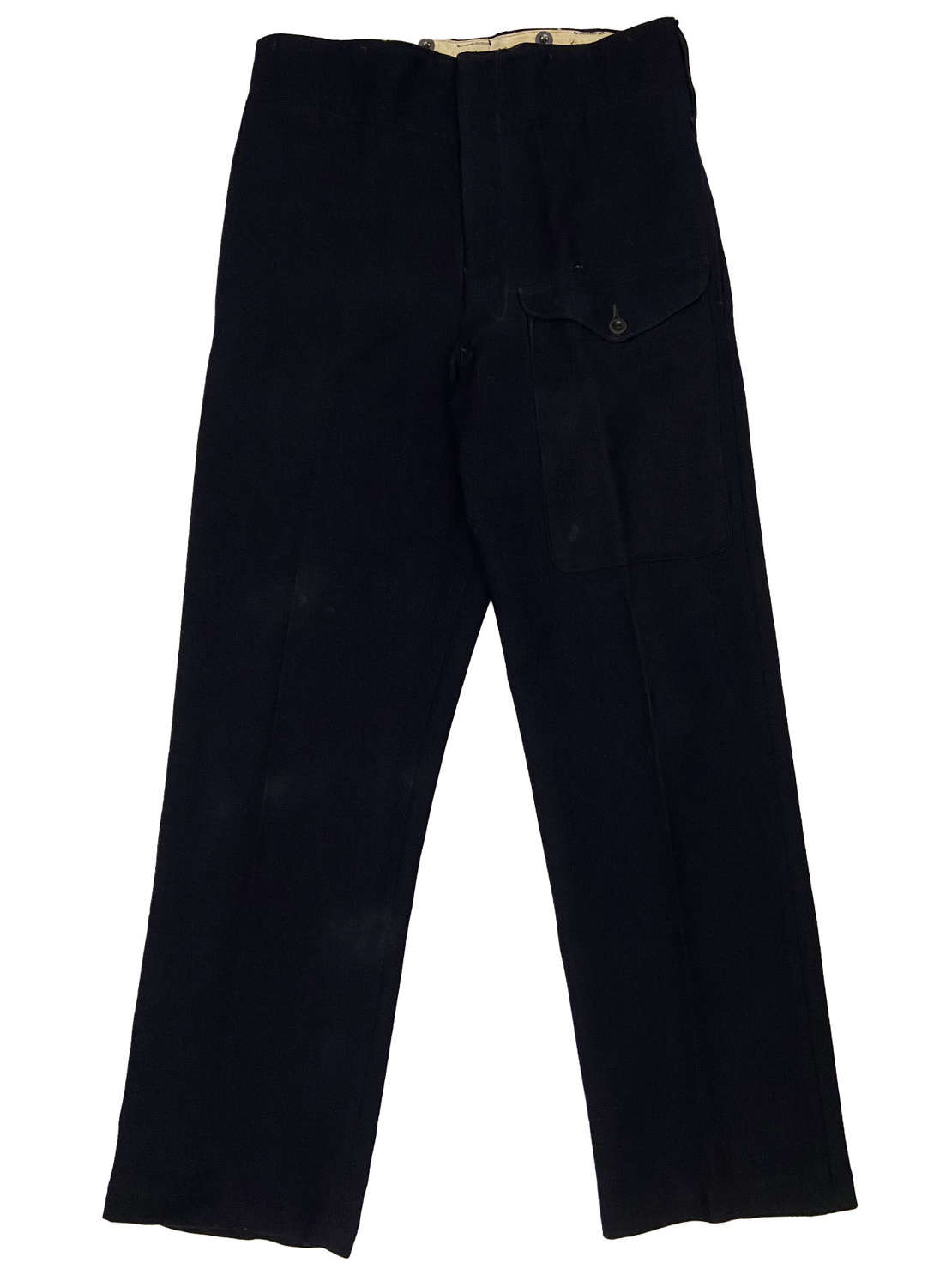 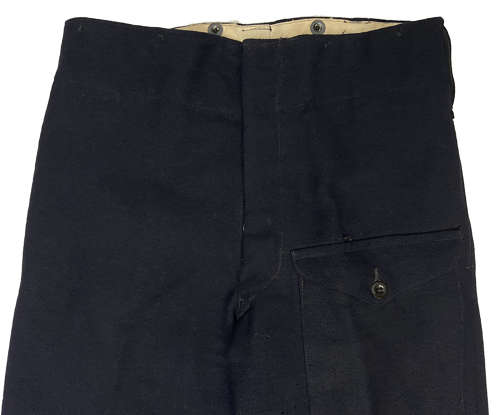 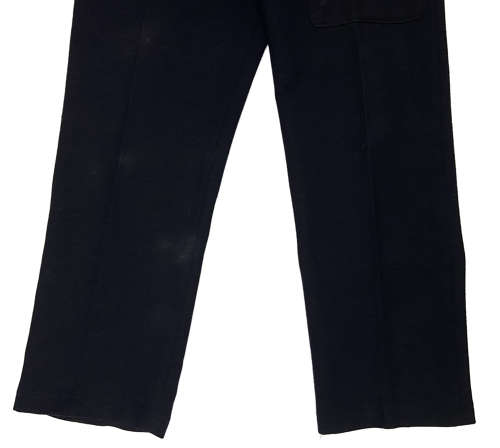 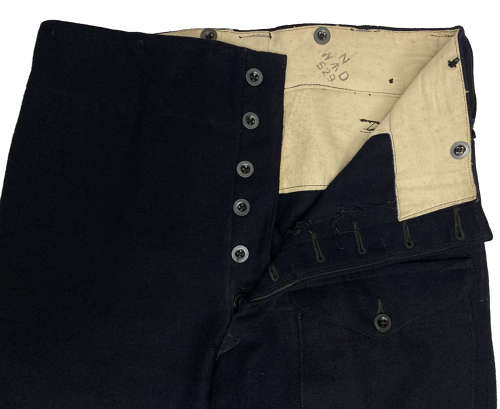 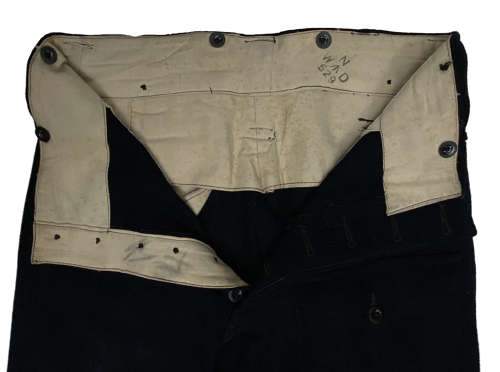 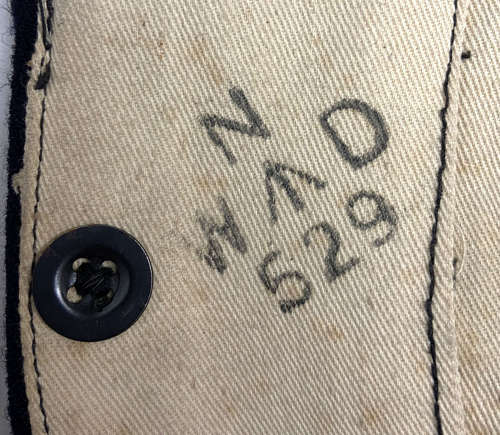 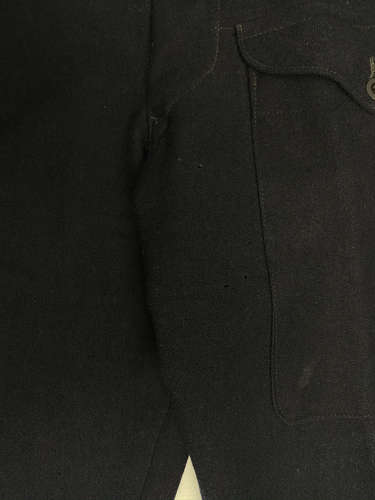 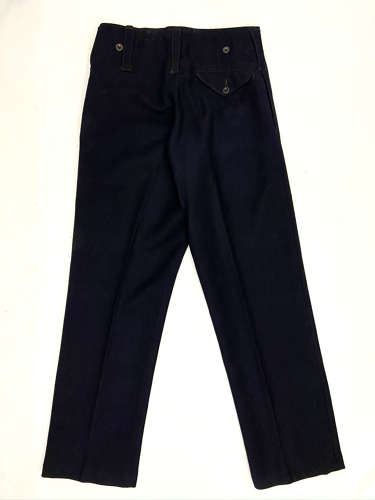 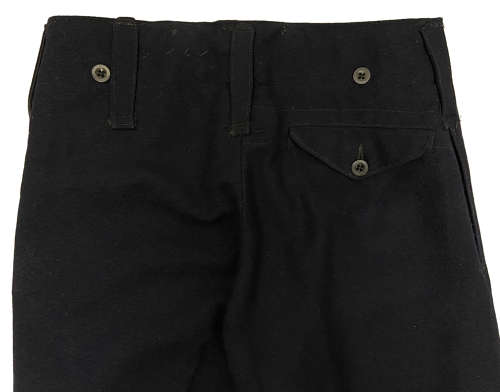 This pattern of trousers was introduced during 1943 used by various arms of the Civil Defence including ARP Wardens and are essentially an auterity pattern which replaced the original Civil Defence Battledress trousers. Like its British Army counter-part they feature exoposed buttons to the pockets, rather than the earlier flapped variety. They differ though in that they retained their belt loops, although not with buttons as per the earlier pattern, but instead plain loops which are stitched at each end. This style of belt loop carried on for CD and NFS trousers into the 1950s.

The trousers are made from the correct, very dark navy blue serge which was used during the war. The interior is lined with white coloured cotton twill and features 'blued' steel buttons - a process used on metalwork during this period which was designed to prevent the metal from corroding. The original label is no longer present although the War Department acceptance stamp is and is surmounted by the letter 'N' which denotes 1943 as the year of issue.

The trousers are a generous size and when laid flat the waist measures 17" and the insde leg measures 33".

The trousers are in good condition as can be seen in the pictures. They do however have some small moth holes, particularly around the crotch, as detailed in the pictures. These small nips do not overly detract from item and could easily be repaired by hand. The pictures also show what look like white marks to the legs - These are not noticable in person.

A rare pair of wartime trousers in a hard to find tall size. Ideal for the collector and re-enactor alike!