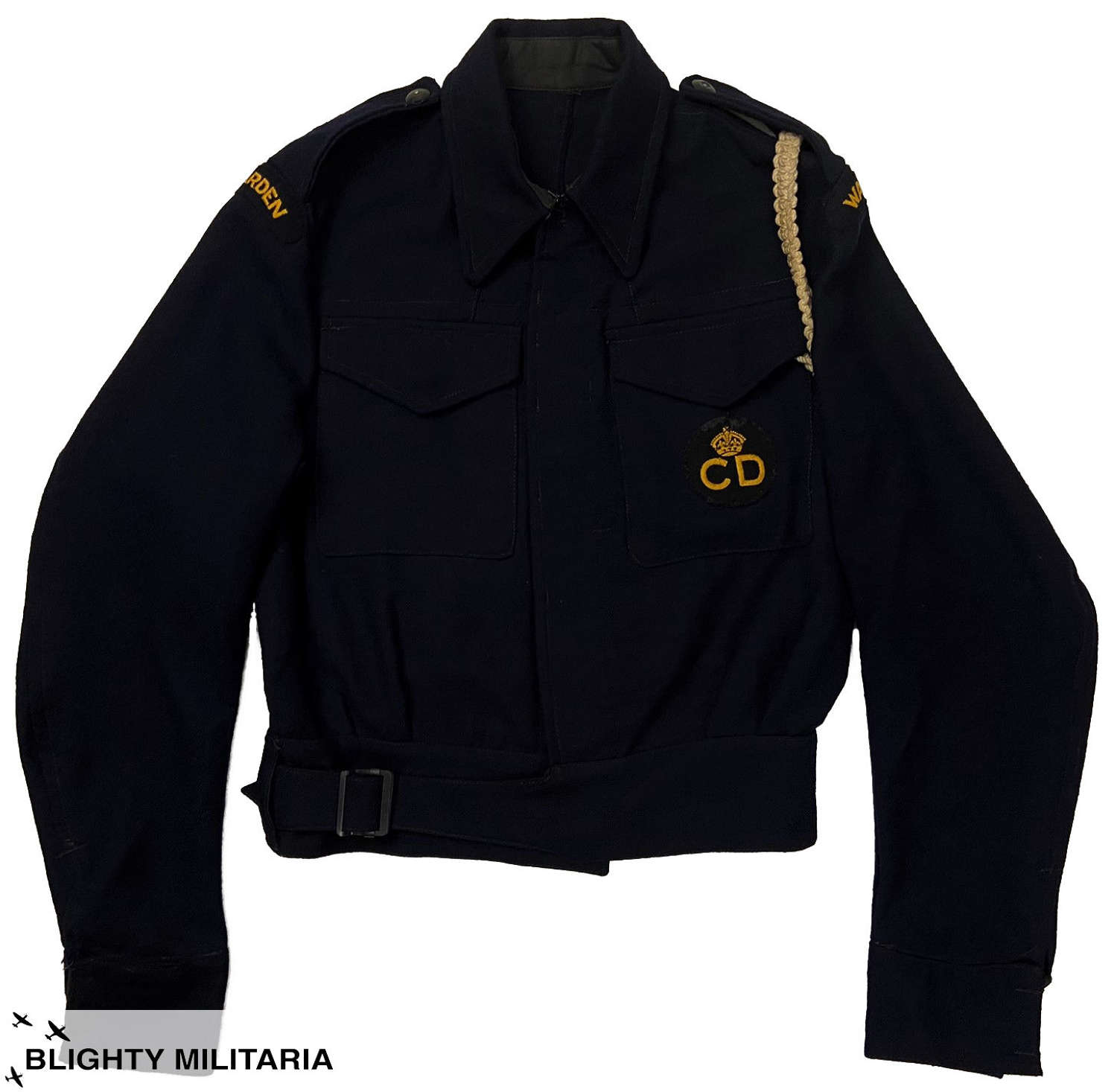 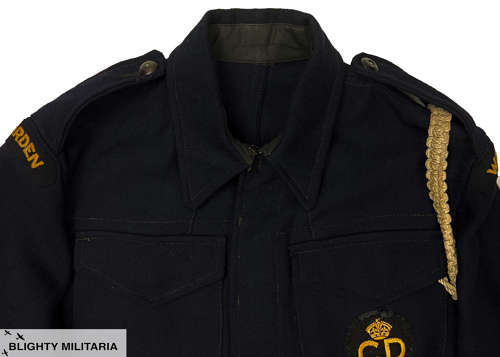 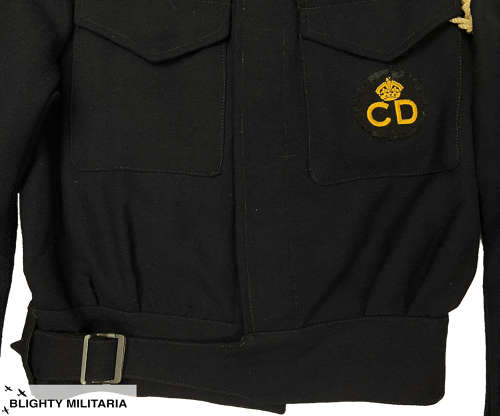 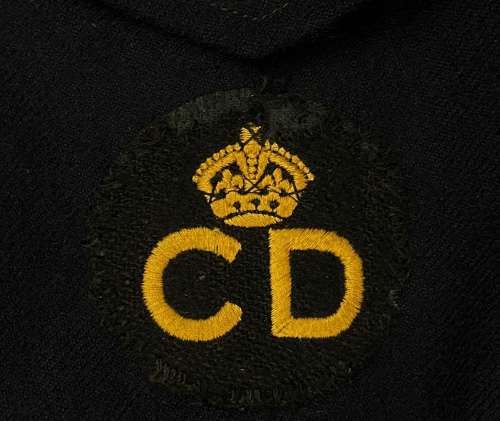 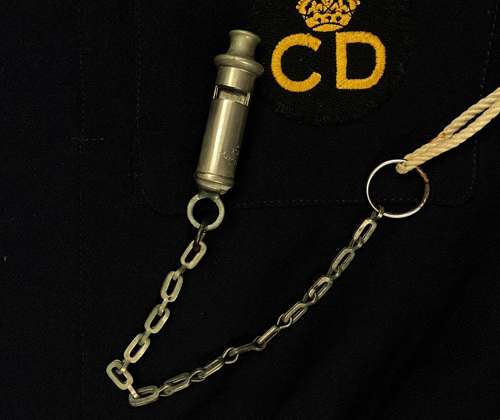 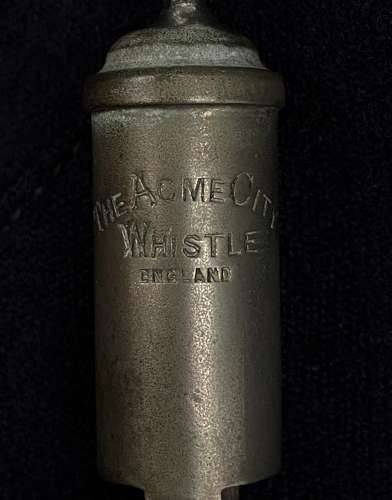 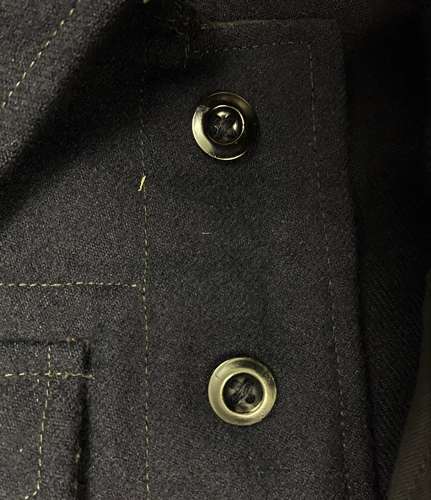 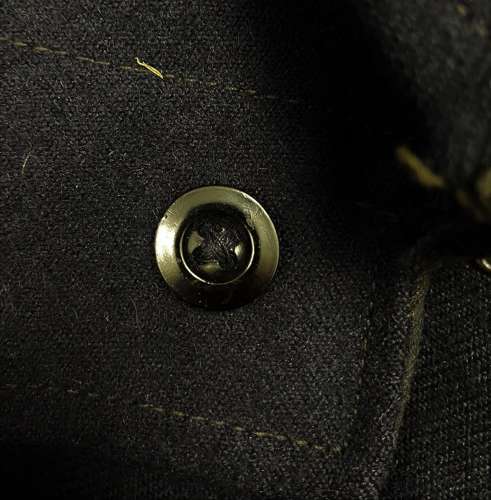 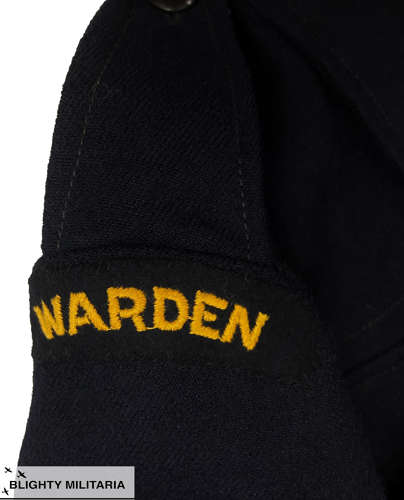 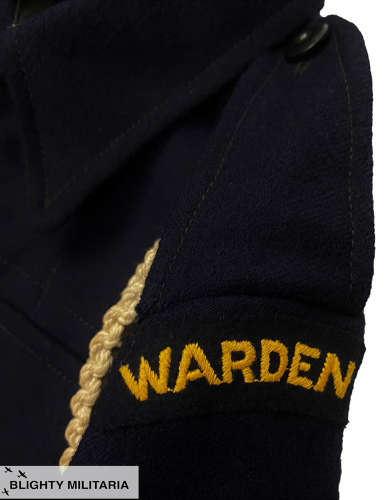 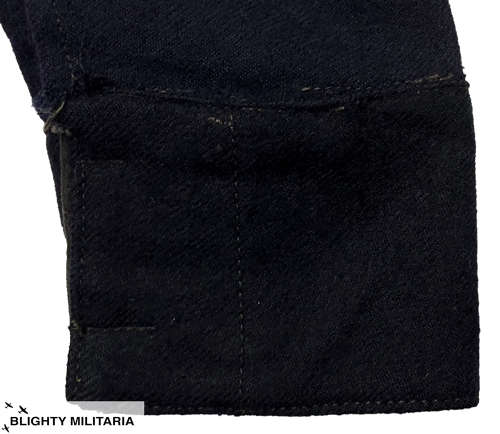 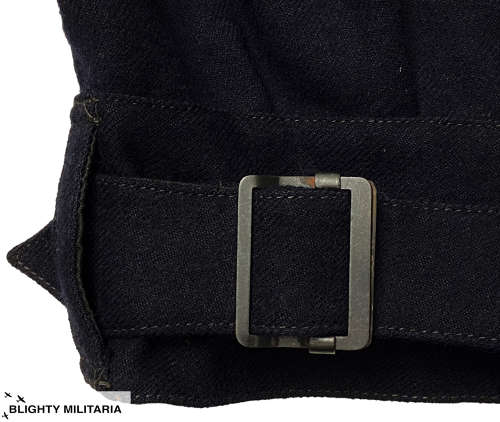 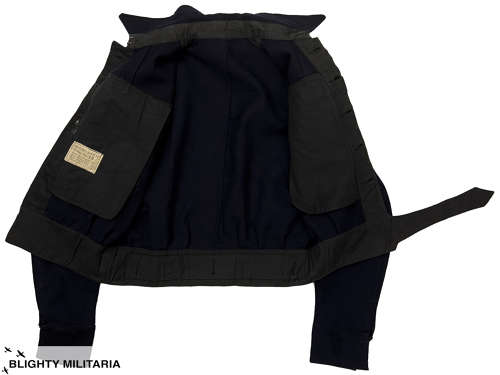 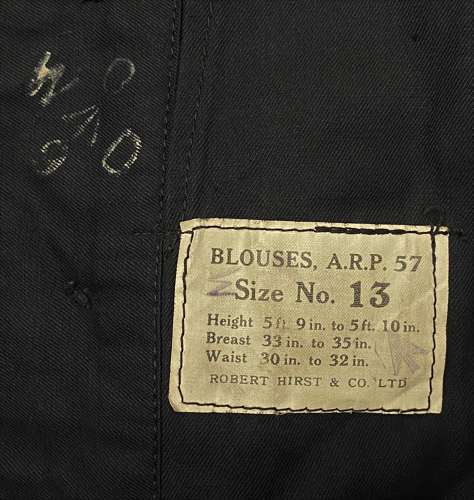 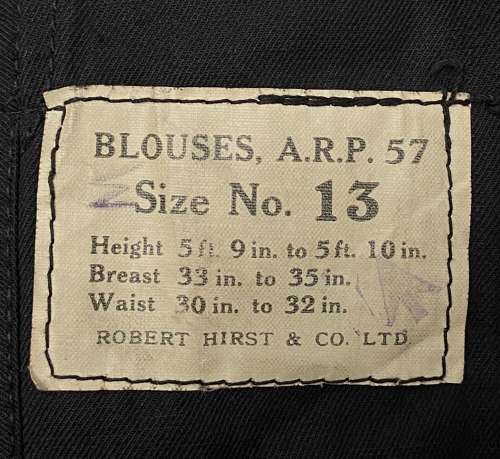 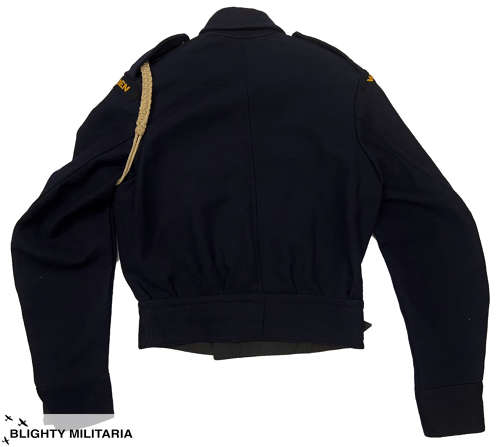 The jacket is the standard A.R.P 57 pattern which was introduced in 1941. Modelled on the British Army battledress, the jacket is made from a black coloured serge wool and features a fly front and twin breast pockets. All the buttons are the stamped blued metal type used for Civil Defence battledress during this period and the waist belt buckle has also had the same finish applied. Inside the jacket there are two interior pockets and the original label is present to the right hand side. It bears the title 'Blouses ARP 57' and the size is marked as 13 which is designed to fit up to 5' 10" tall, a 33" - 35" chest and a 30" - 32" waist. The maker's name of 'Robert Hirst & Co. Ltd' is present as is the War Department broad arrow marking. As well as this there is a War Department acceptance stamp which is surmounted by the letter 'O' which denotes 1942 as the year of issue.

The jacket is fitted with its original insignia which consists of embroidered  'WARDEN' titles which are the correct wartime 'old gold' pattern. As well as this there is a Civil Defence breast badge fitted to the left breast pocket which is quite worn. A white lanyard is fitted to the left shoulder which denotes that the original wearer served in London. To the end of this is fitted a metal chain with a whistle which is marked 'The ACME City Whistle England'. The addition of the chain is a very nice period feature.

The jacket is in good condition as can be seen in the pictures. It shows signs of wear and age but overall it displays very well. There is some slight difference in colour between the sleeves and the cuffs although this is not uncommon on wartime made items. Please take time to study the pictures and bear in mind that it is a vintage, pre-owned item.

A very nice original London ARP battledress which is very original and has a good early date!