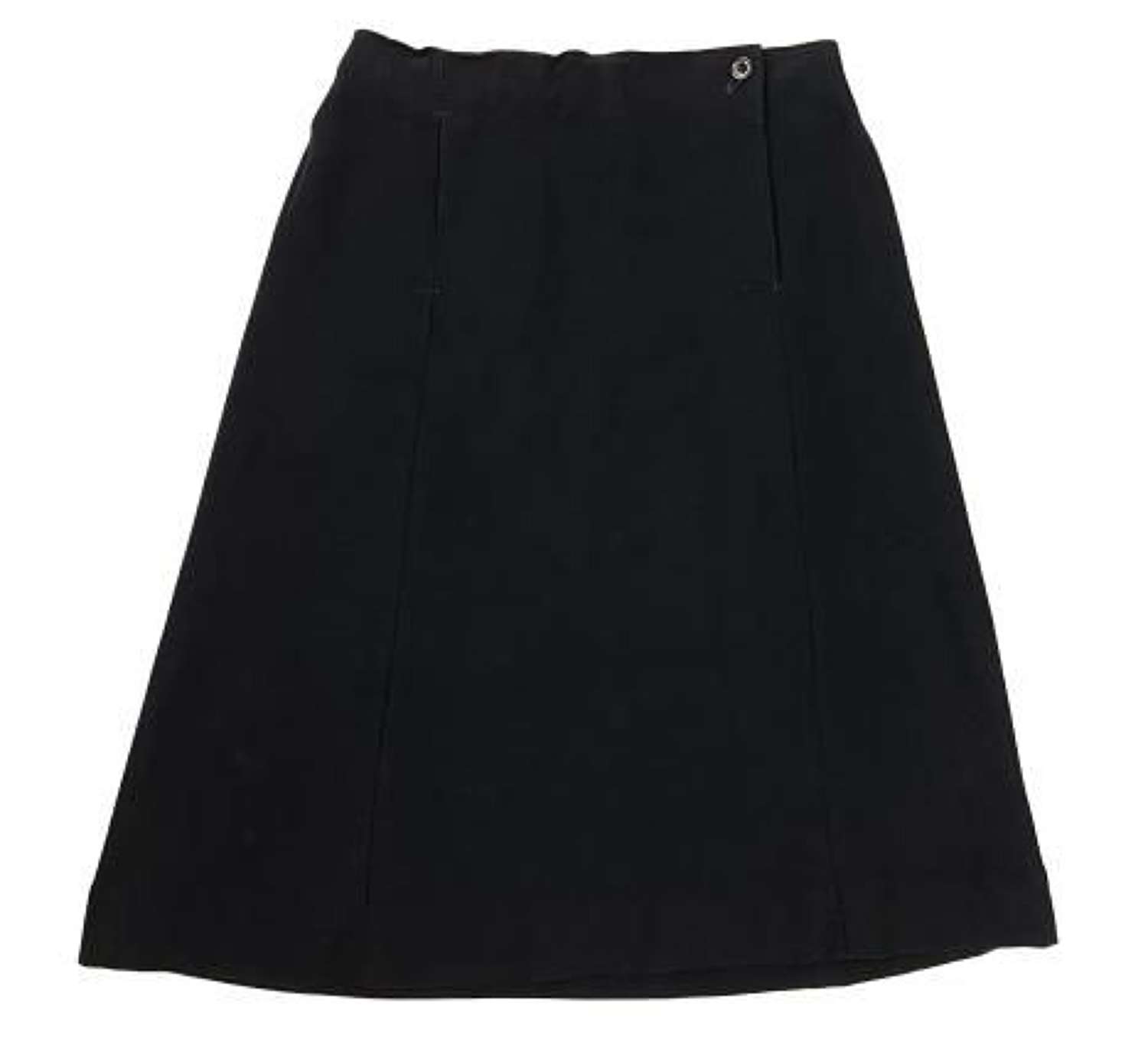 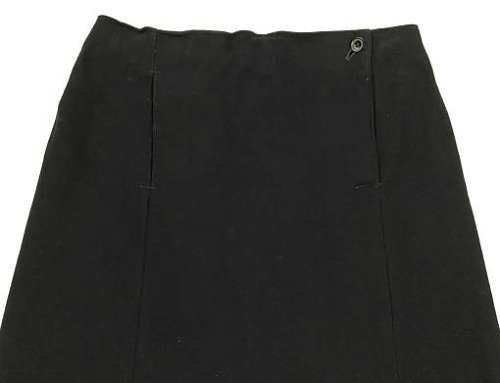 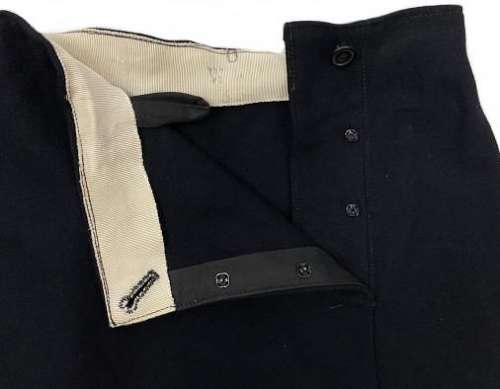 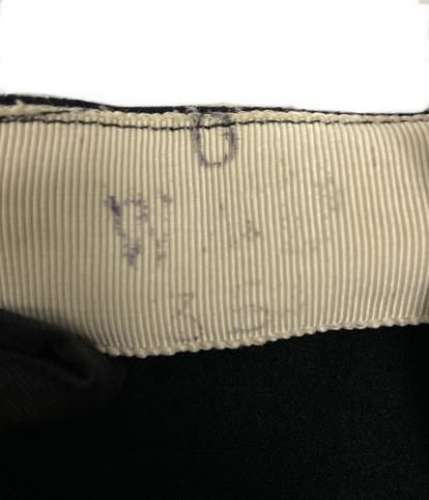 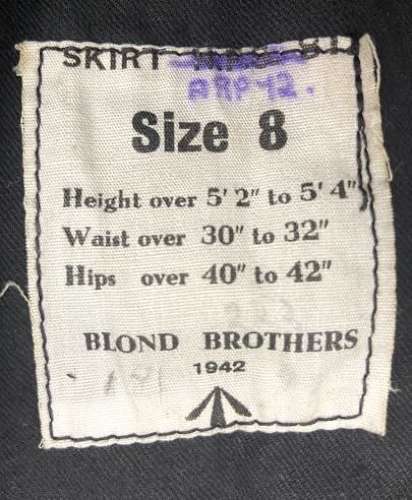 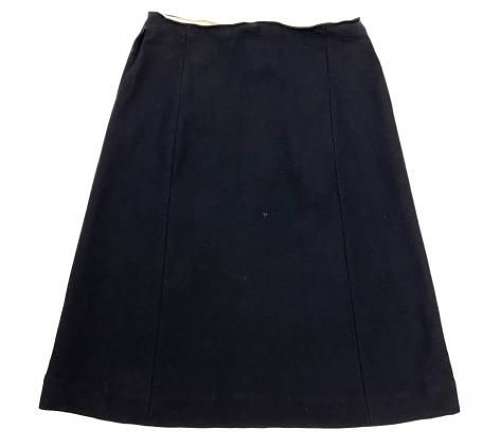 This pattern of skirt was introduced in 1941 to be worn with the A.R.P. 71 four pocket tunic, replacing the earlier and inferior 'bluette' combination suit overalls.

The skirt is made from the same dark coloured serge as the tunics and features a small opening which fastens with a button to the top an pop studs lower down. The opposite seam to this features a small pocket which mirrors the opening.

Inside the overalls is a thin white waistband which bears the War Department acceptance stamp which is surmounted by the letter 'O', denoting 1942 as the year of issue. The original issue label its still intact and bright and legible. Stitched to the pocket pocket it states the size as 8 which will fit around a 30-32" waist. The manufacturers name 'Blond Brothers' is present as it the 1942 date and the War Department broad arrow marking. Of interest is that original National Fire Service designation has been obliterated with the ARP designation being added below in ink. This is not uncommon to find and is clearly a period addition.

The skirt is in very good condition with only very limited signs of wear and use. It displays very well indeed.

A very nice example of a rare home front item which would be hard to better!