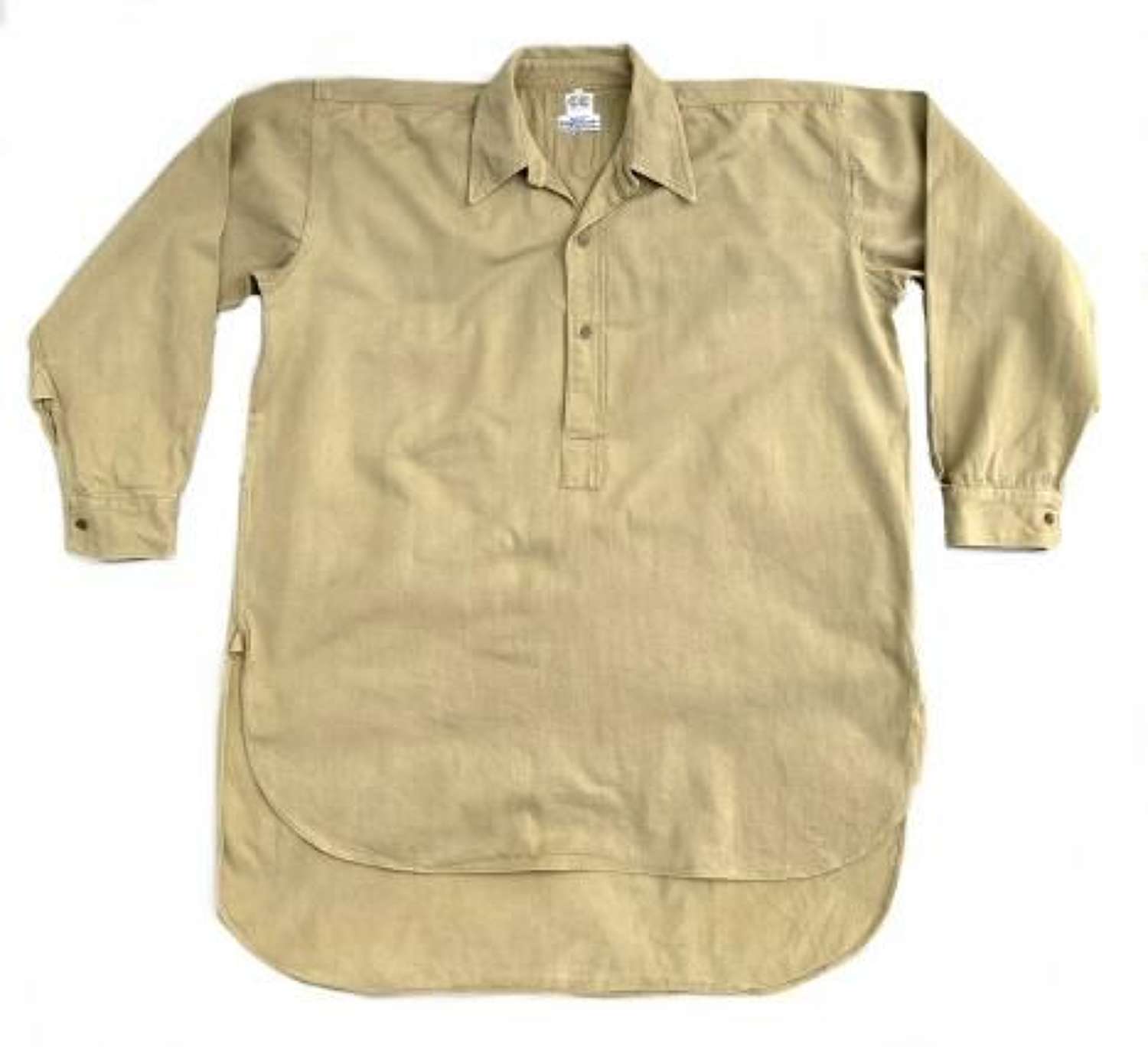 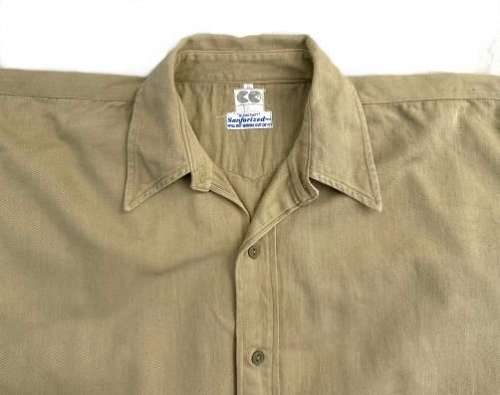 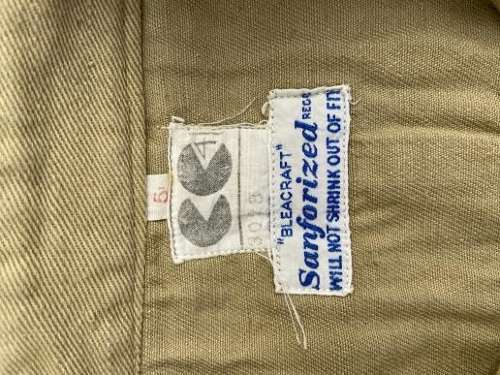 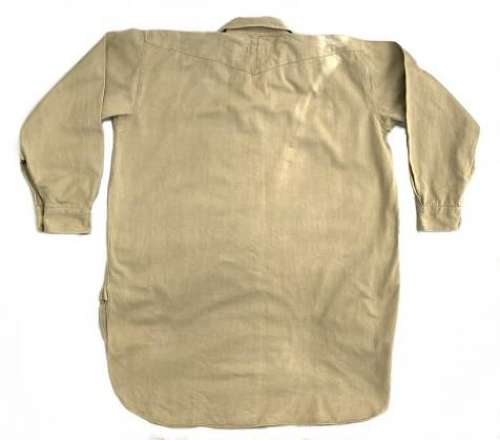 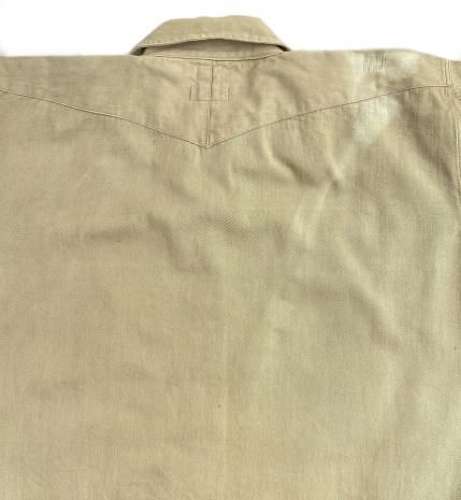 This style of work shirt was popular during the 1940s and 1950s. Made from a tan coloured sanforized cotton which was chosen for its hard wearing nature; the shirt features long sleeves and a half button or 'tunic' front. This style was very popular in the first half of the 20th century with full button shirts becoming more prominent during the 1950s in the UK.

One of the most interesting details on the shirt is the collar which is a down point design and features no top button but instead two holes through which a collar stud could be fitted. This means the shirt could be worn to the top and with a tie if necessary but would most likely have been worn open as shown in the pictures.

Inside the neck of the shirt the original labels are present. The CC41 utility logo is a separate label and features no X prefix before the serial number which would suggest early manufacture, quite possibly wartime. Below this is a second label which reads 'Bleacraft Sanforized Regd Will Not Shrink Out Of Fit'. A third smaller label is above the CC41 label a feature a red numeral of five on a white field white indicate the size.

The shirt is an extra large size and will fit someone of a 44-48" chest depending on desired fit. These half button shirts are alway cut generously across the chest to allow them to be pulled on over the head and shoulders. When laid flat it measures -

The condition of the shirt is very good as can be seen in the pictures. It does not look to have had much wear with all the label still being intact and bright. The cotton body of the shirt is good with no signs of any serous wear or use. There is sadly a light stain to the rear which is detailed in the pictures. This is actually less noticeable in person and doesn't detract as much as the pictures perhaps suggest.

Altogether this is a very nice example of an early CC41 shirt with some great details. Not only that but it is a rare large size and would make a fine addition to any collection without a doubt.