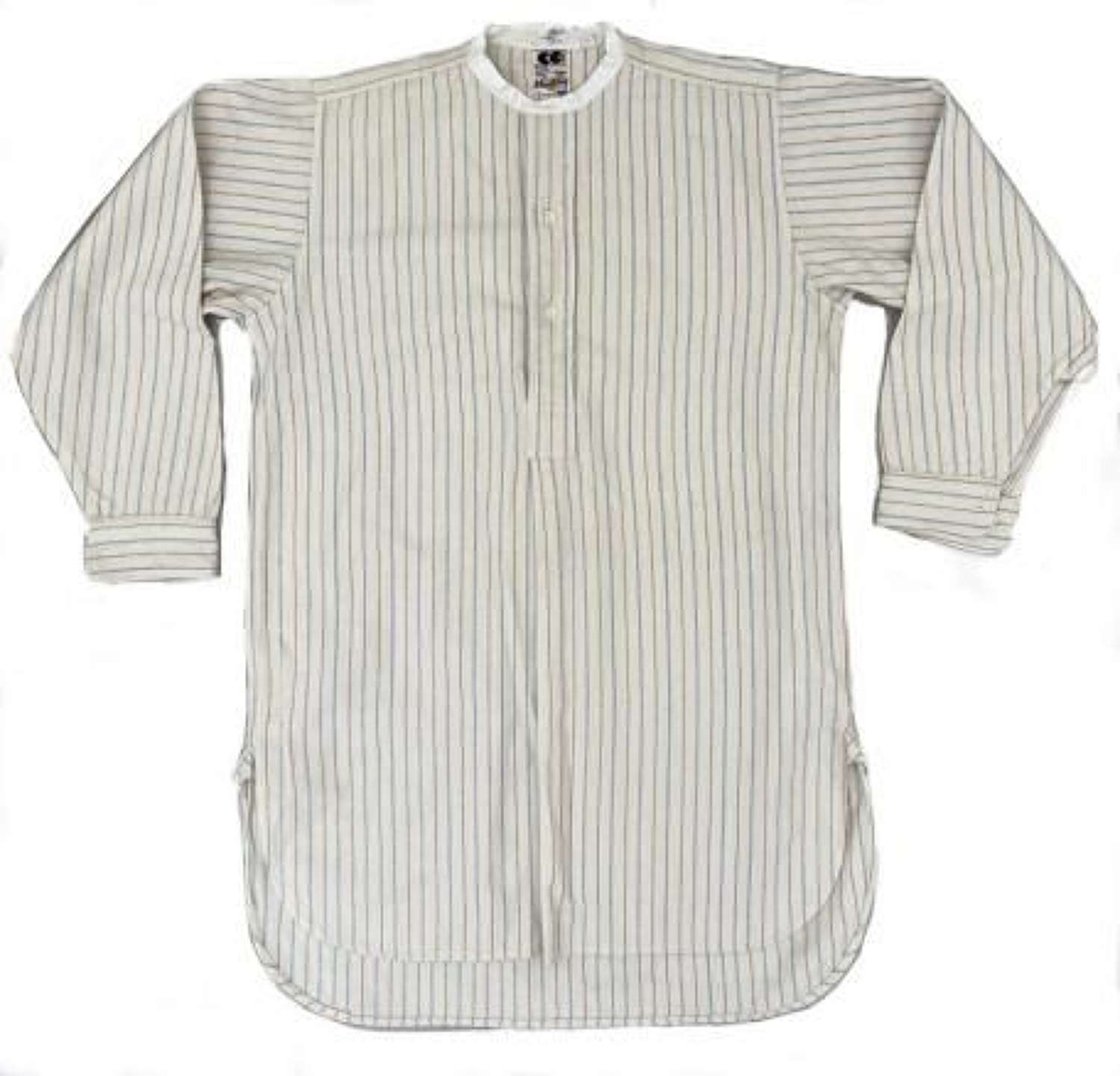 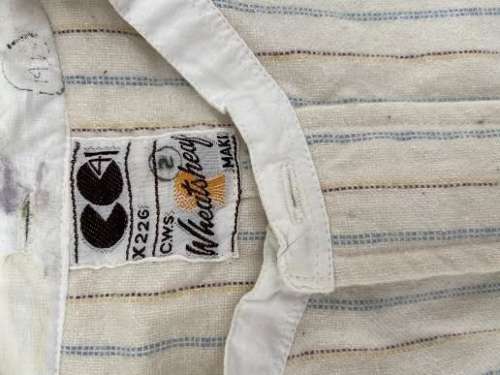 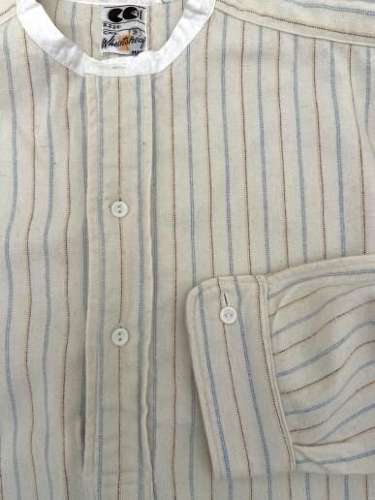 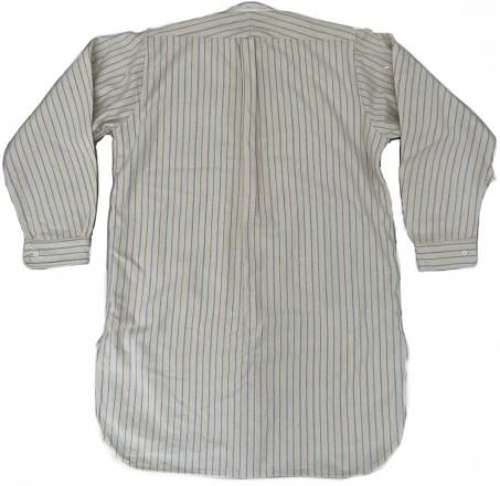 This style of shirt was extremely popular with men in the first part of the 20th Century. Made from a thick yet soft cream coloured flannel, the shirt is cut long in the body for warmth, wide in the chest to aid in pulling of the wearers head when dressing and features a neckband collar. Attached collar shirts were available from the 1930s onwards, but only became common in the late 1940s with men predominantly wearing this style with a detachable collar.

The original label is still present inside the shirt and is still bright and legible as it would have been when new. It features the standard CC41 logo as well as the fabric code X226. The makers name of 'C.W.S' is also present and is better know as the Co-Operative or the Co-op today. As well as this it features the brand name 'Wheatsheaf' over a graphic depicting a wheat stack.

Please bare in mind that shirts of this period are cut in a very 'full' manner meaning that a chest measurement of 22" will fit around a 36-38" chest, depending on desired fit.

The shirt is in fantastic condition as can be seen from the pictures. I think it would be fair to describe it as 'new old stock' as it has clearly never been worn or laundered.

Original utility clothing items rarely come on the market in this un-worn, new old stock condition. It would make an excellent addition to any clothing collection or wardrobe without a shadow of a doubt.

This would also make an ideal addition to a Home Guard display as they wore their civilian shirts underneath their uniform.