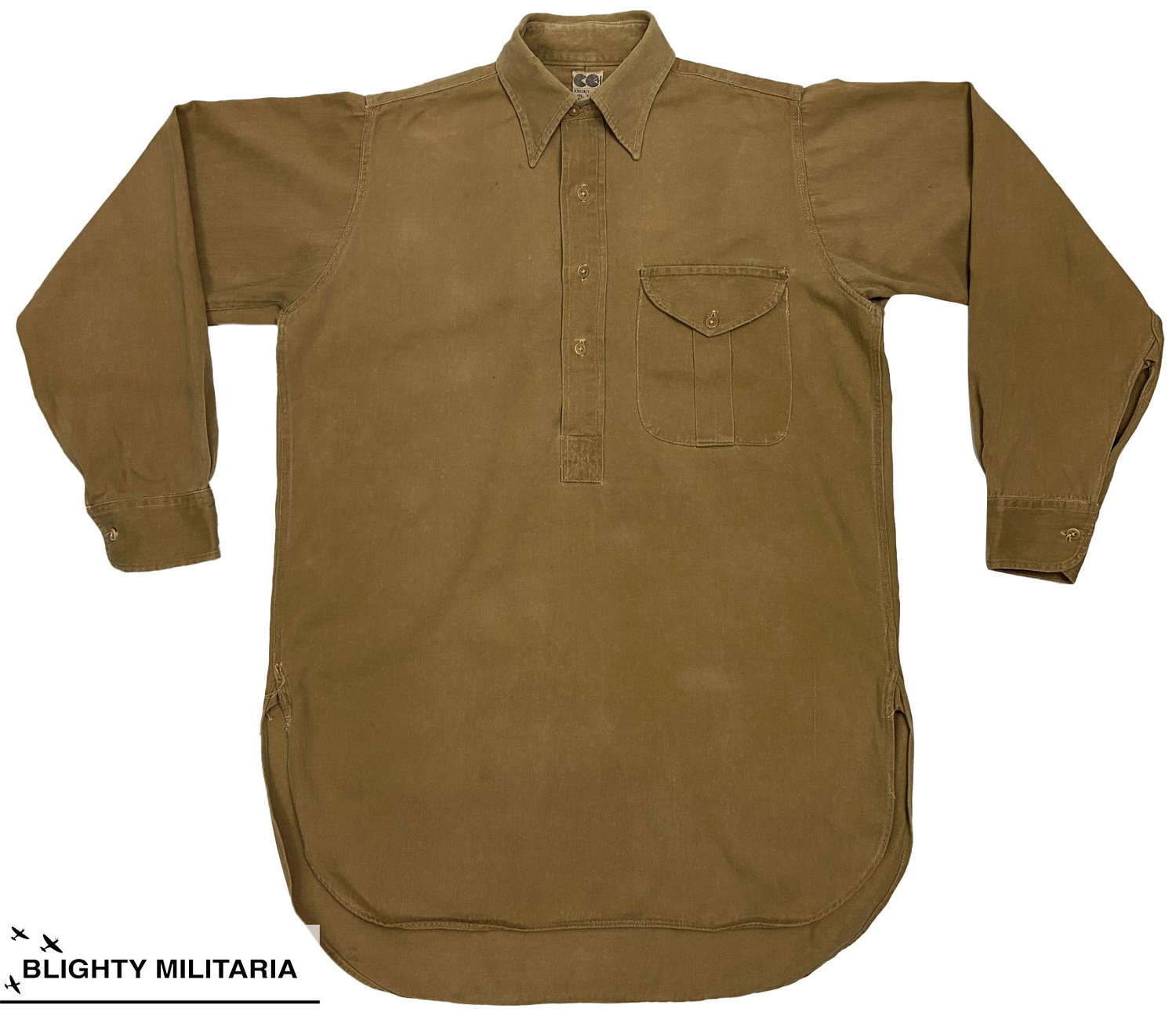 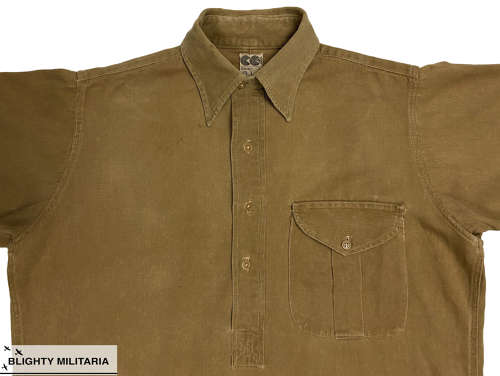 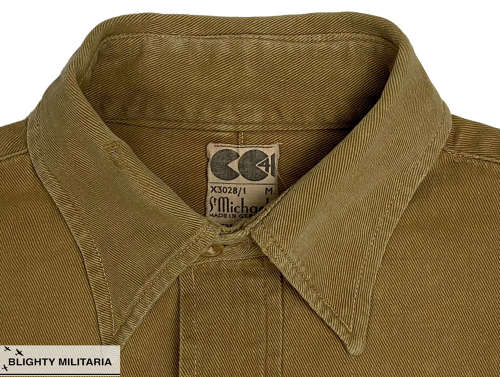 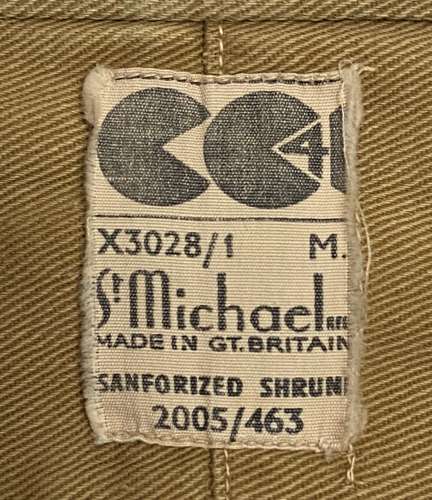 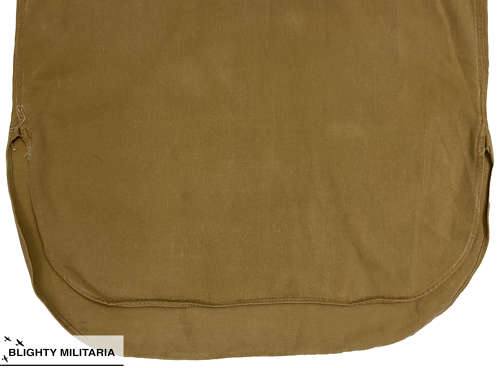 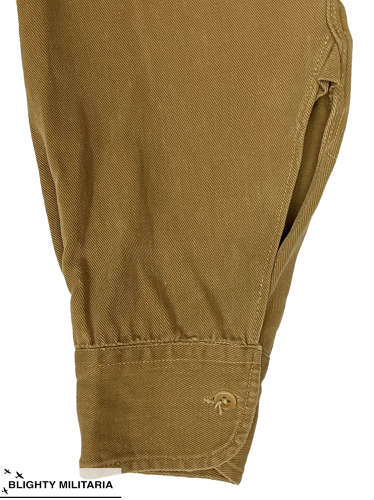 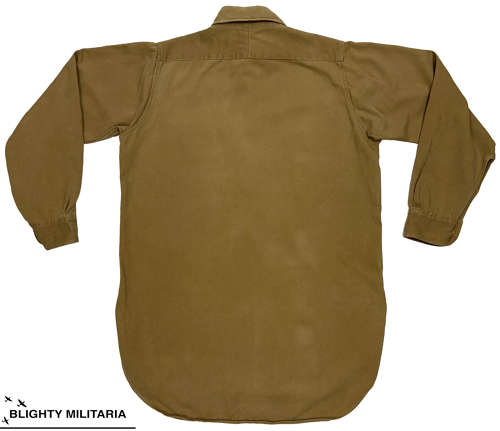 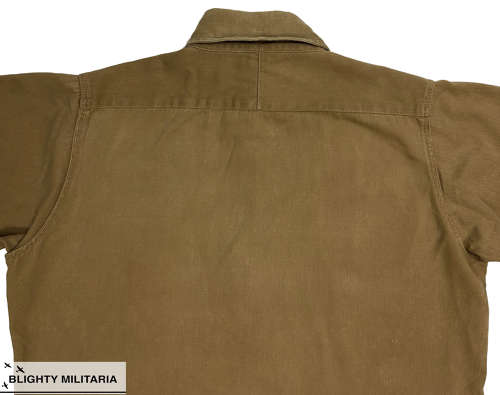 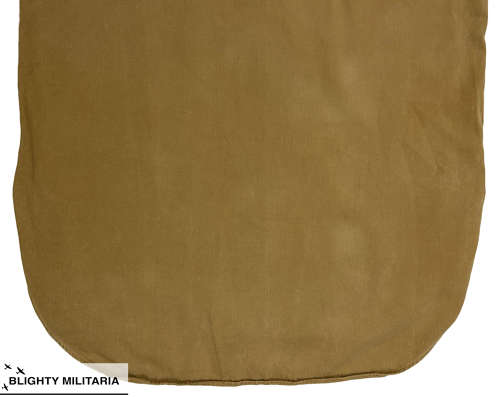 This shirt was made as part of the CC41 utility scheme which was brought into effect in the UK in 1941 as part of the larger rationing scheme. The aim of the scheme was that affordable, quality clothing would be available to everyone of every class and could be bought using coupons.

This style of work shirt was popular during the 1940s and 1950s. Made from a tan coloured sanforized cotton which was chosen for its hard wearing nature; the shirt features long sleeves and a half placket, or 'tunic', front. This style was very popular in the first half of the 20th century with full button shirts becoming more prominent during the 1950s in the UK.

The shirt features a fantastic spearpoint collar shape which is so typical of the 1940s. A single breast pocket is located to the chest and features a pleat and fastens with a button. Single pockets like this are not an uncommon feature on British work shirts from this era.

Inside the neck of the shirt the original label is present and features the CC41 logo and the maker's name on one label which would suggest early manufacture. The fabric code of X3028/1 is present as is the letter 'M' which may relate to the size. Underneath the maker's name are the words 'Made in Great Britain'.

The shirt is a medium size and will fit someone of a 40" chest depending on desired fit. These half button shirts are alway cut generously across the chest and shoulders to allow them to be pulled on over the head and shoulders. When laid flat it measures -

The condition of the shirt is good as can be seen in the pictures. There are signs of wear and use, particularly to the collar but overall the shirt is sound and wearable and has a great broken-in look to it. Please study the pictures and remember that this is a pre-worn work shirt which may have small issues commensurate with age.

Altogether this is a very nice example of an early CC41 shirt with some great details. It would make a fine addition to any collection without a doubt!