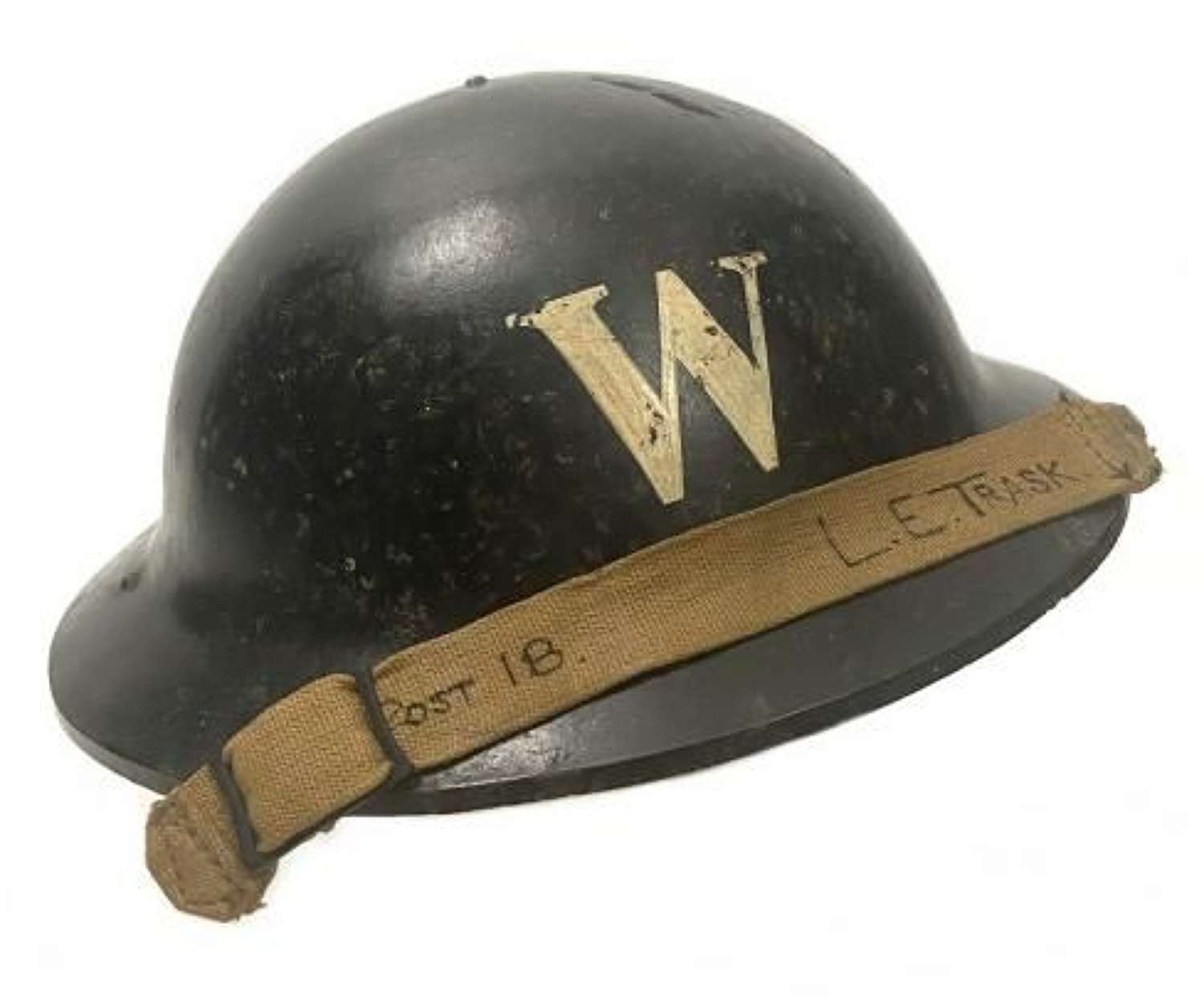 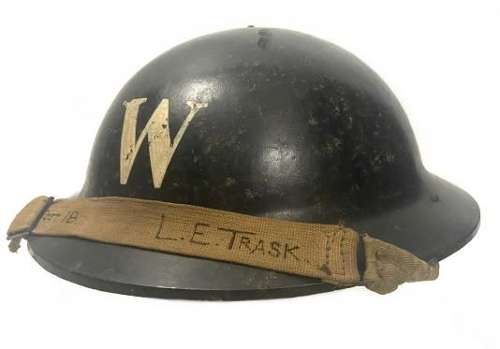 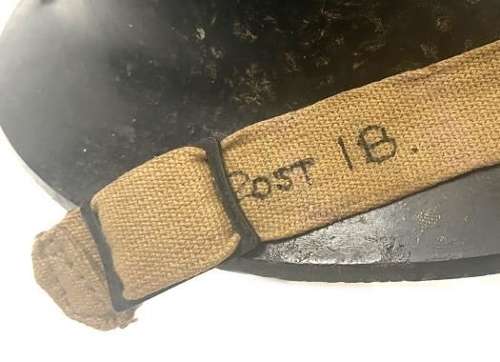 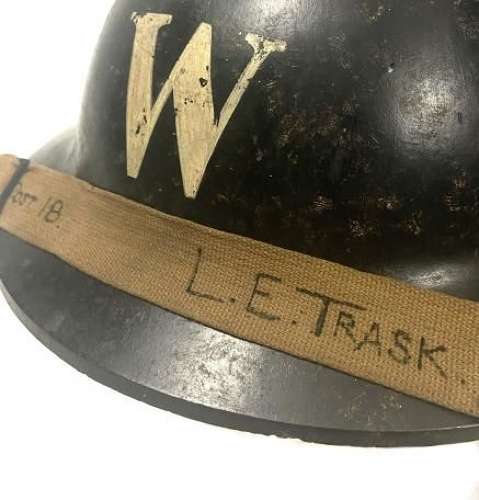 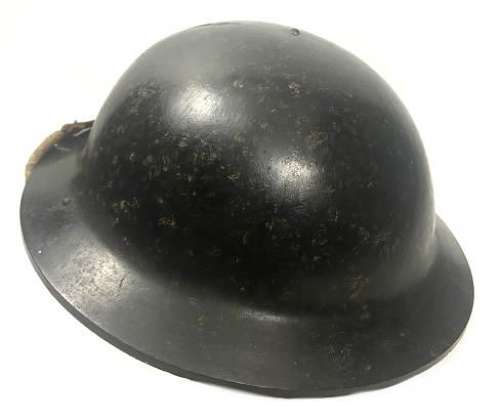 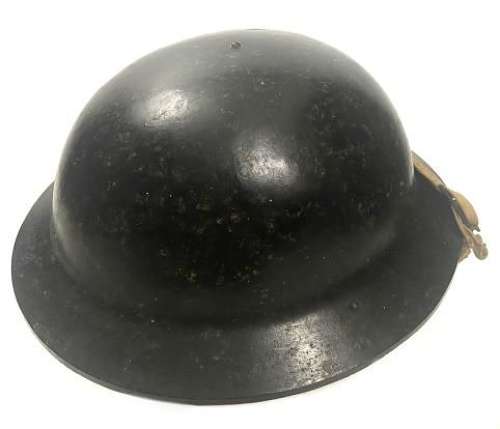 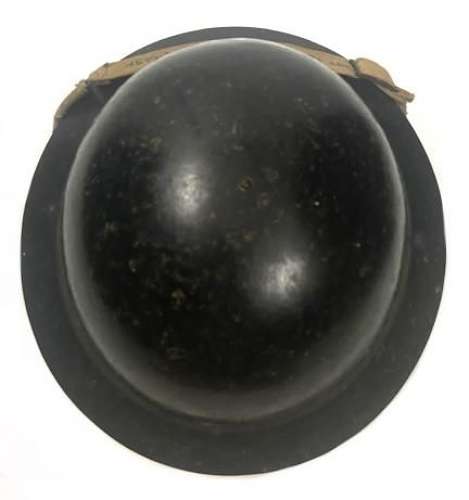 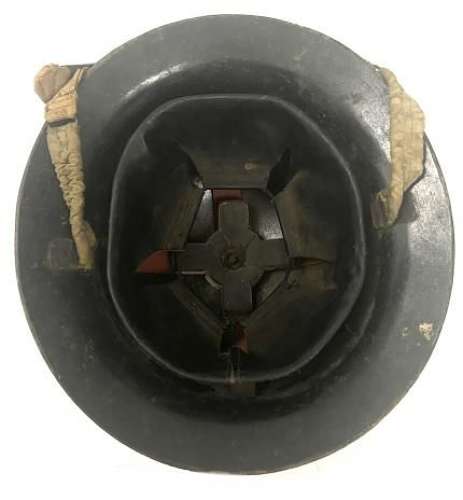 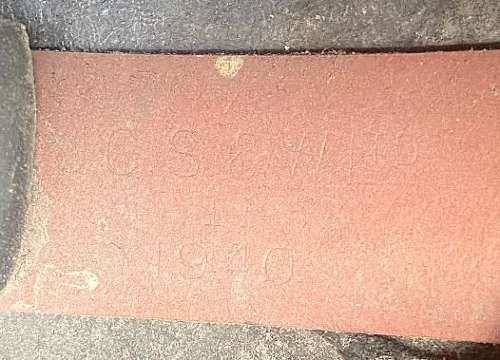 These 'Plastfort' helmets were made from bakelite, and early form of plastic, at the beginning of the Second World War. They were issued predominantly to the factory works, particularly those working in Royal Ordnance Factories making munitions. They plastic shells were used in place of metal as they could not create sparks.

This helmet is interesting because it has had a large 'W' painted to the front in a typically period design and denotes the wearer as an Air Raid Warden. This combined with the Plastfort helmet shell is an unusual combination and would suggest that the original owner was part of a factory ARP.

The chin strap offers further insight to the original owner with the name ''L. E. Trask' inked onto it. It also has a second section of text which reads 'Post 18' which refers to the specific post this Warden was part of. This ties in nicely with the rest of the helmet and adds to its story.

The helmet is in good condition for its age and displays well. It has signs of age an wear as is to be expected but overall it presents very well.

An interesting and very original Home Front helmet which would make a great addition to any collection.