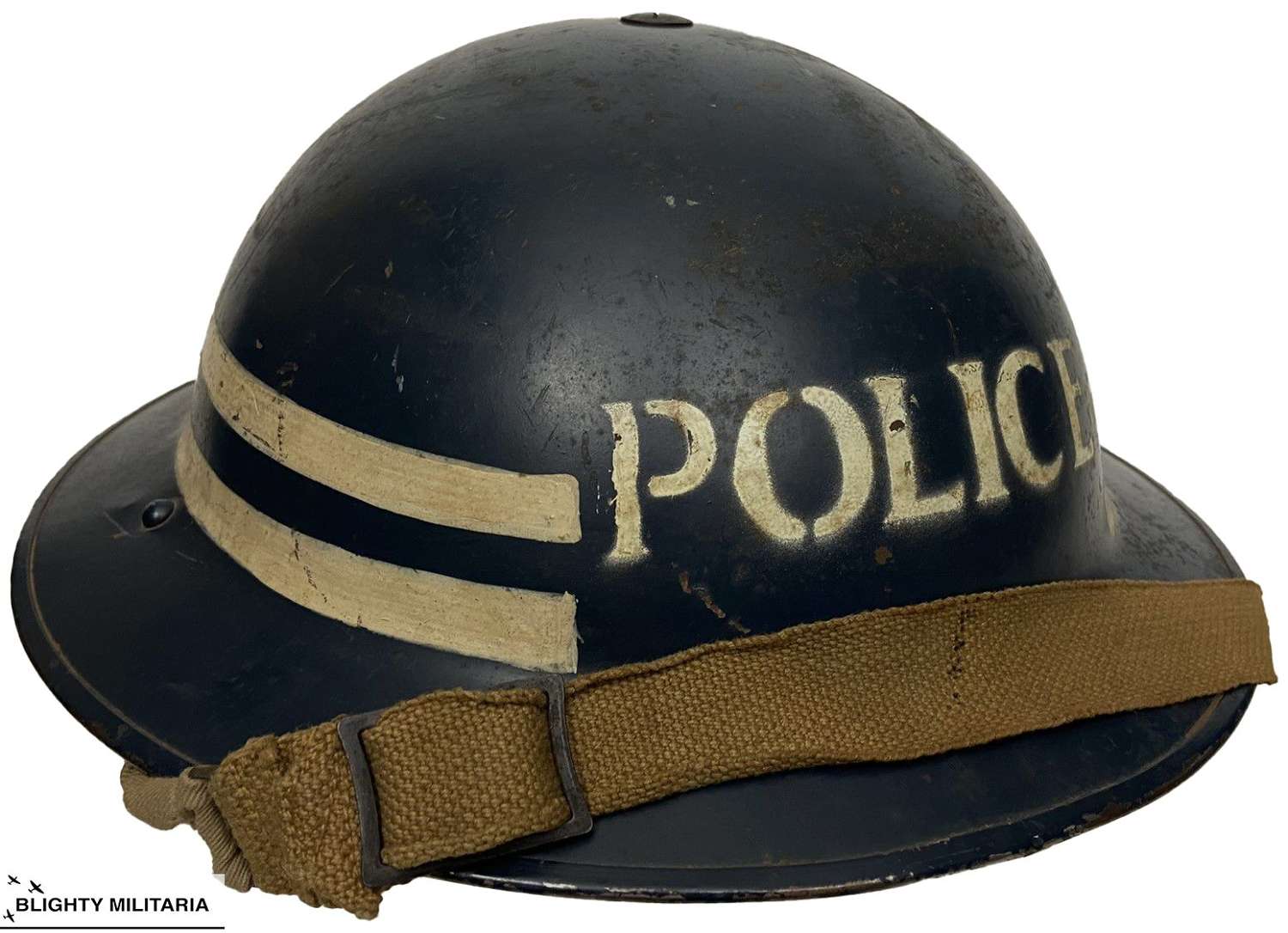 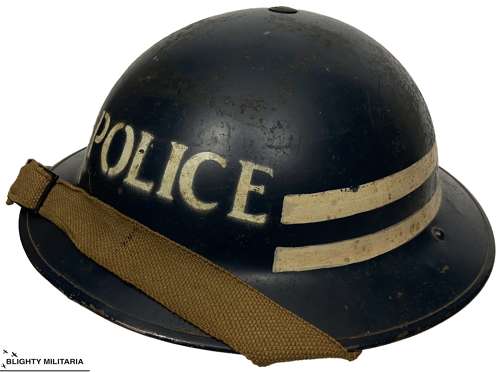 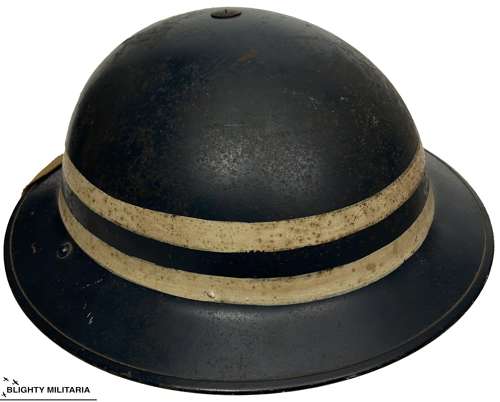 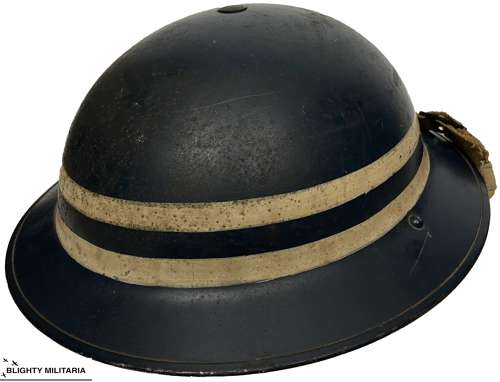 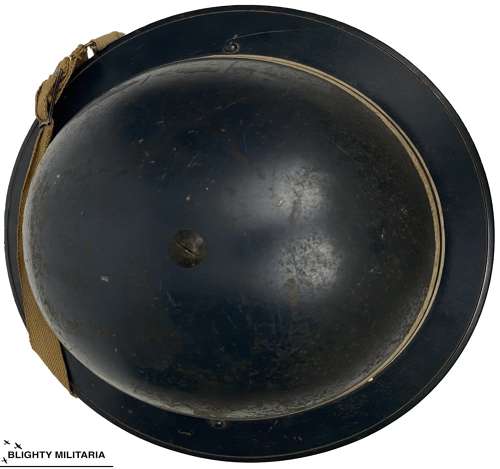 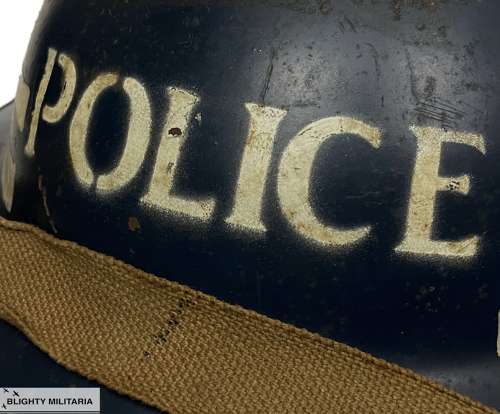 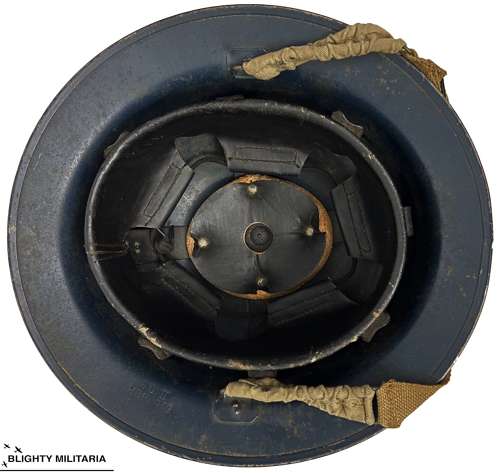 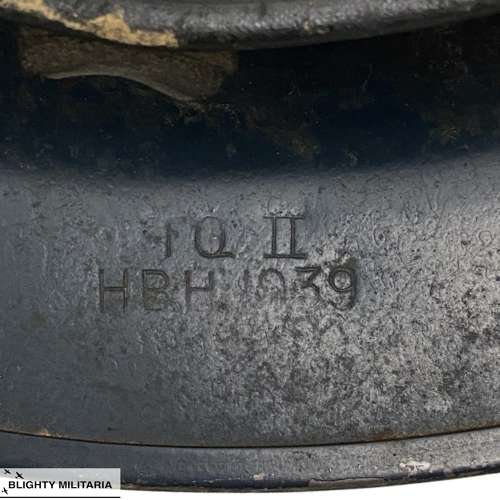 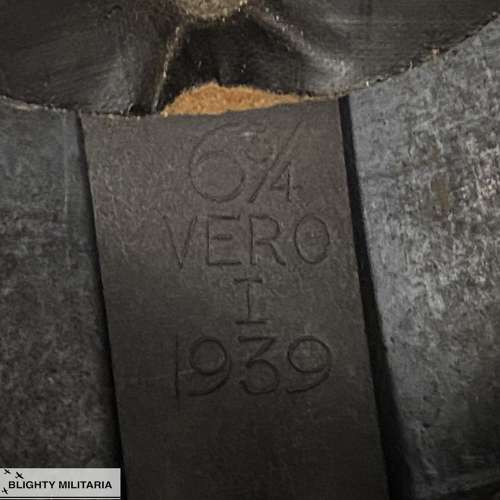 This pattern of helmet was issued to the Police before the outbreak of war and were used throughout the conflict. It is a standard MKII steel helmet as issued to the British Army and it is fitted with the correct early pattern liner. It is finished in the correct deep blue colour used by the Police and has the word 'Police' stenciled to the front. Two white bands have been added by hand which run around the circumference of the helmet and denote that the original owner was a sergeant. The shell still retains its original stamp to the underside which states the year of manufacture as 1939 and bears the maker's initials of 'HMH' which stands for Harrison Bros & Howson of Sheffield. Being a 1939 production helmet it features the early style chin strap lugs which are noticeably larger than the later pattern.

The helmet is fitted with the correct early pattern of liner which features the oval shaped pad to the top, rather than the cruciform type employed from late 1940 and throughout the rest of the war. It was made by 'Vero' in 1939 and is a size 6 3/4, based on the stamp found on one of the cross pieces. The liner is held into the helmet with the correct early style large screw and hex nut.

The helmet comes complete with an original chin strap which is in good condition.

Overall a fine example of a Police sergeant's helmet which would make an excellent addition to any Home Front collection.