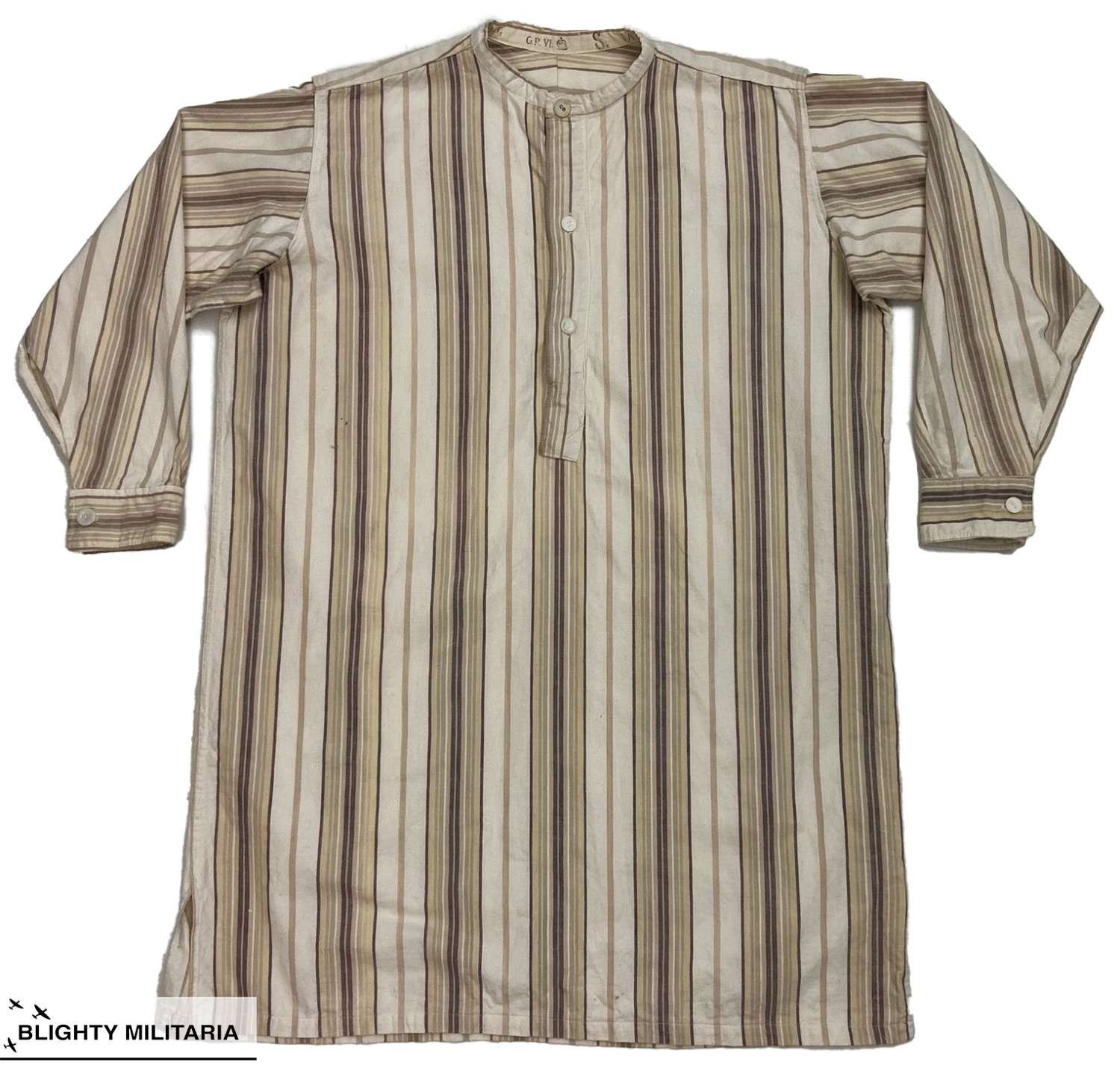 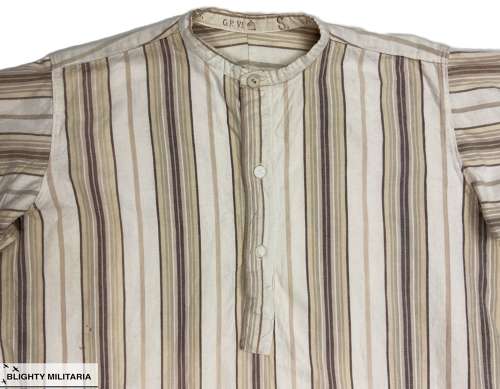 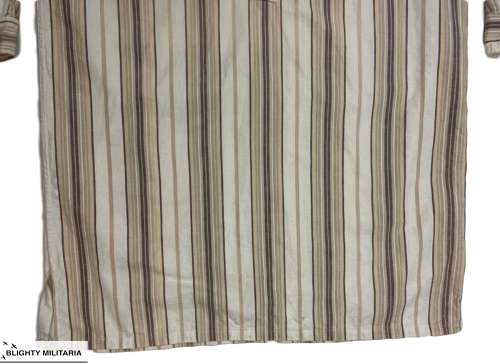 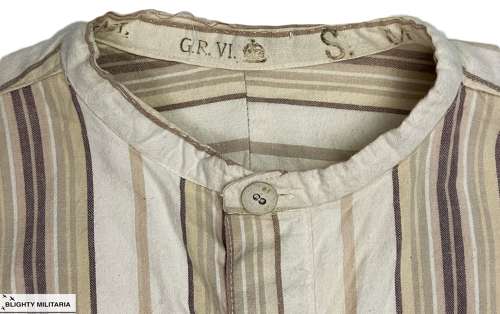 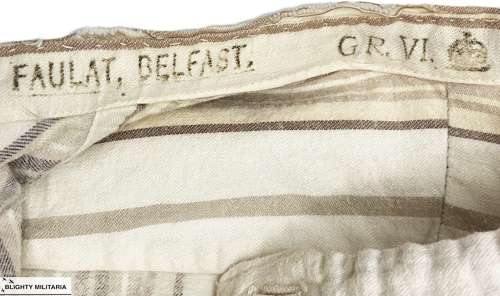 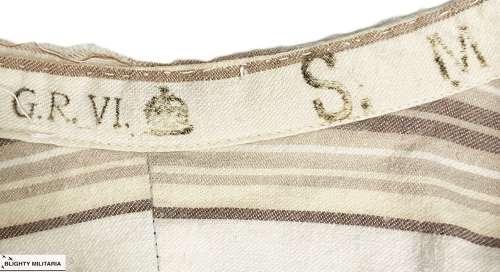 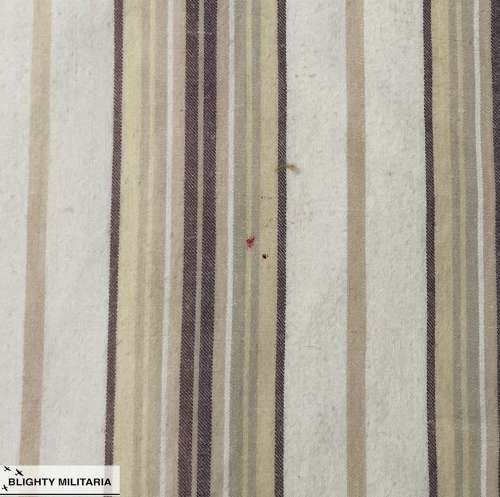 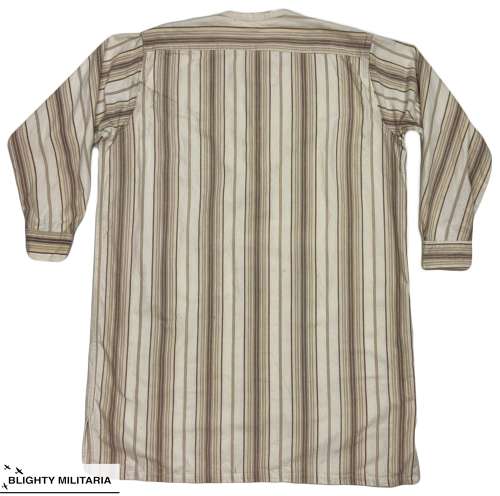 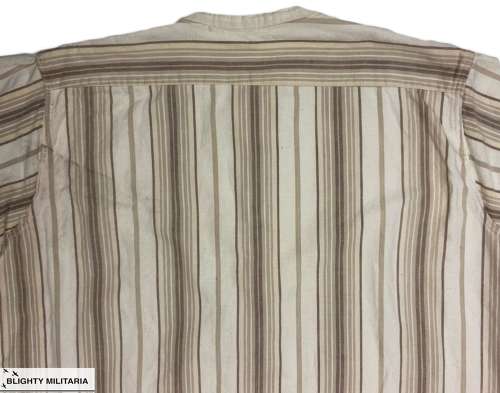 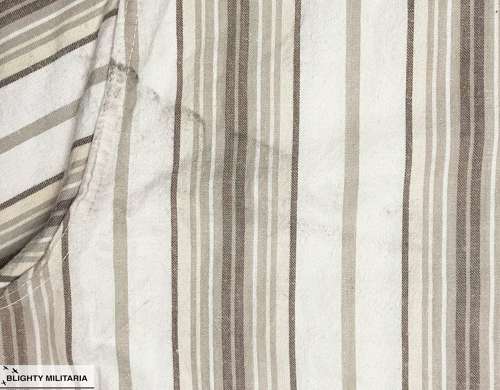 This shirt is typical of those produced in the UK during the 1920s - 1940s. It features a half-placket front which is pulled on over the wearer's head and is cut very wide in the chest and shoulders to allow for this. It is made from a wool cotton flannel which features an oatmeal coloured background with a bold striped pattern. The collar is a neckband type which does not have the provision to attach a collar which suggests that this shirt was intended as a work item, rather than a dress item. The front of the shirt fastens with cloth covered buttons, as are often found on early shirts, as do the cuffs.

Inside the neckband of the collar the maker's name of 'Faulat, Belfast' is present along with the King George the sixth 'G.R. VI' and crown marking which would suggest that this was a government issue item. Faulat were a prolific manufacturer of shirts for the British military during the 1930-50s.

Overall the shirt is in good condition and does not appear to be worn. There are various marks however which are most likely from storage. Please study the pictures and bear in mind that this is a vintage item which has some flaws.

A striking original 1930s shirt in a hard to find larger size.