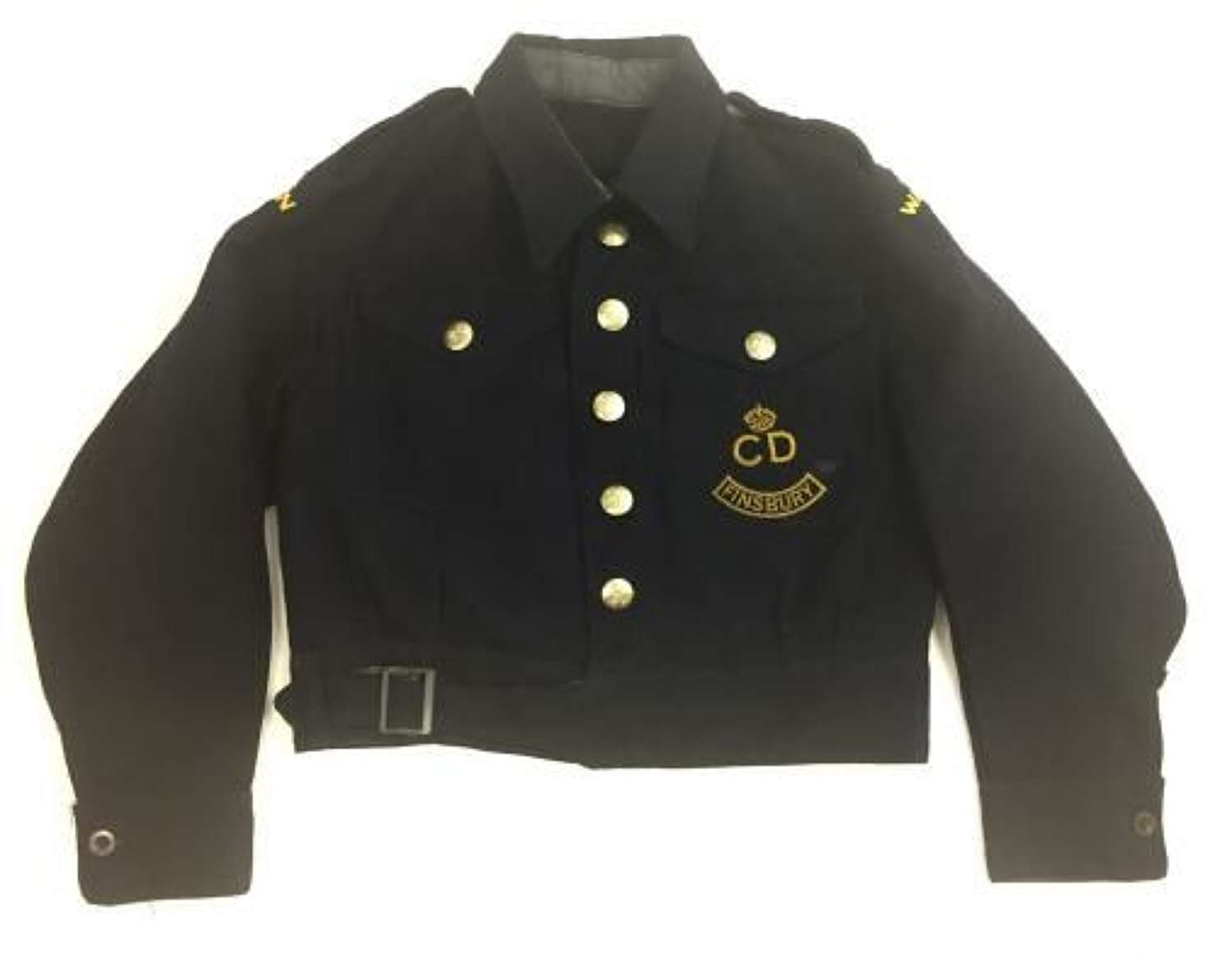 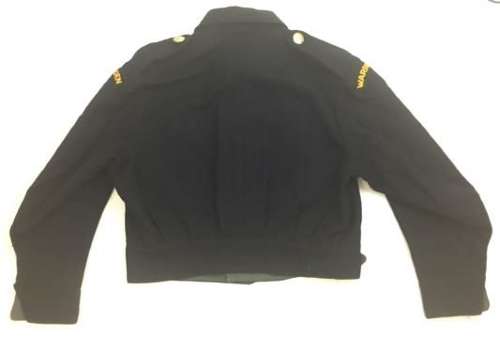 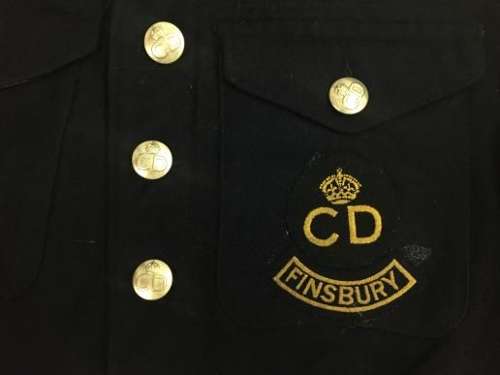 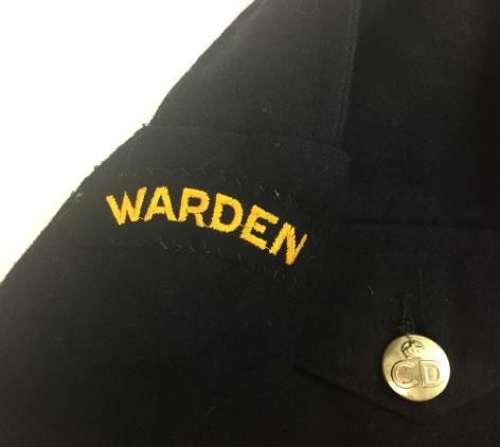 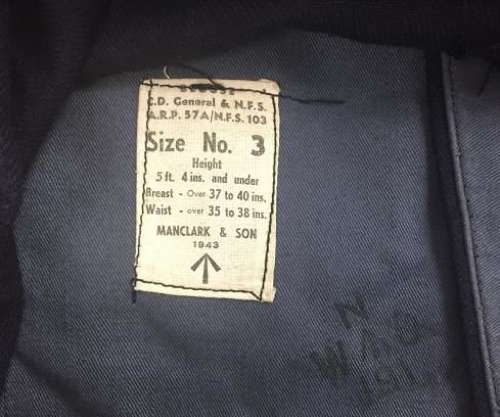 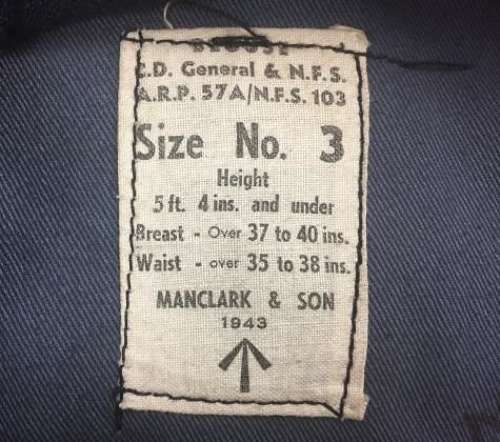 The jacket is the ARP57A which is the wartime economy pattern with exposed buttons, very much the same as the British army austerity pattern.

This original Home Front piece features Warden shoulder titles, a Civil Defence breast badge and an original 'Finsbury' area title below this. It has also had all of its buttons changed for metal 'CD' Civil Defence buttons which is a nice touch and something that was certainly done at the time.

Inside the jacket retains its original issue label which is still bright and legible. It reads Size No.3 which will fit someone under 5' 4" with up to a 40" breast and a 35-38" waist. It is possible that the jacket could have been original issued to a woman as they often had men's uniform items.

The condition of the blouse is reasonable and it displays well. There are a number of holes dotted about which were most likely caused by moth but these are only noticeable on close inspection.

All in all a nice original piece of wartime Home Front uniform with a London connection that would certainly be an asset to any Civil Defence or Home Front collection.