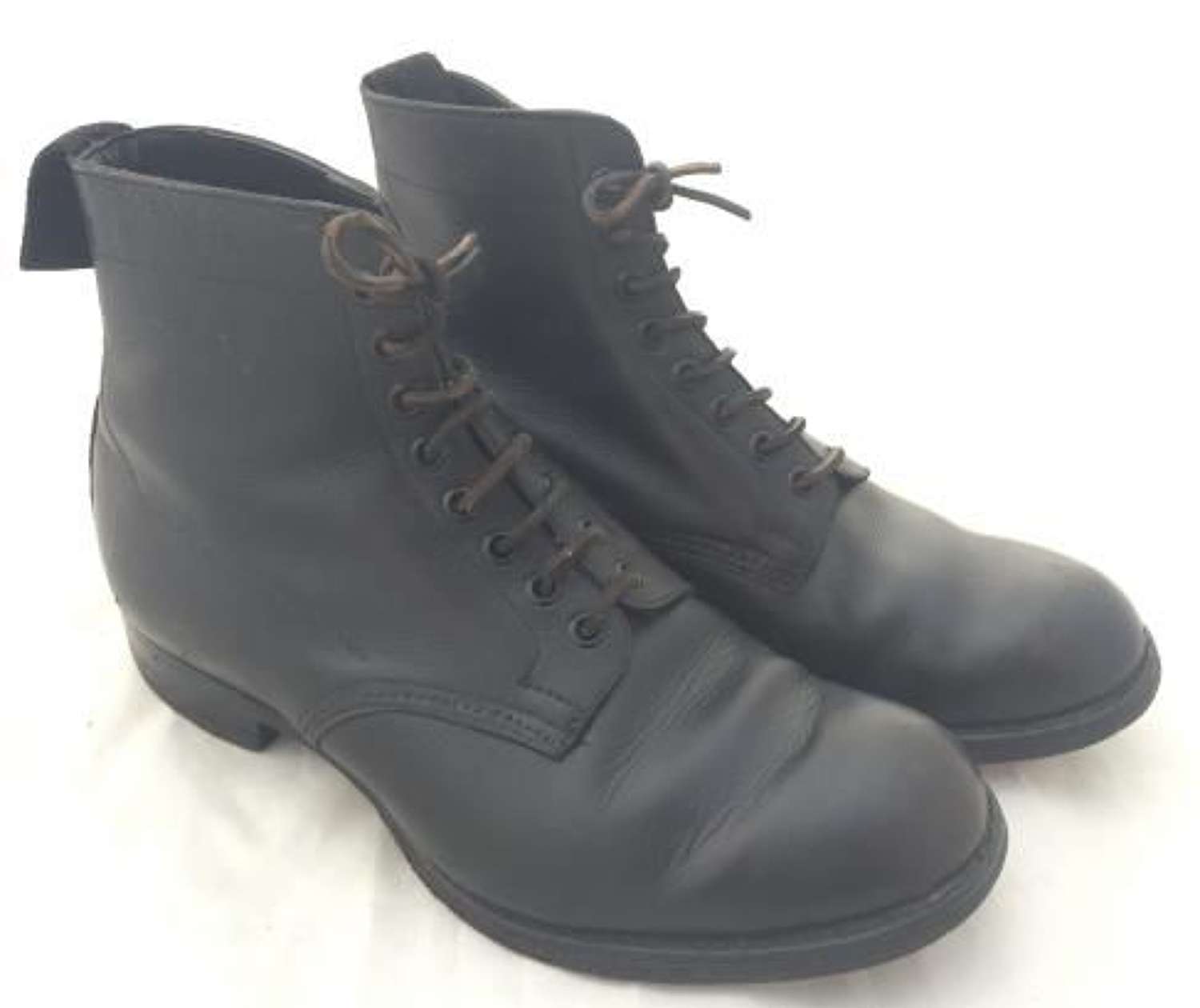 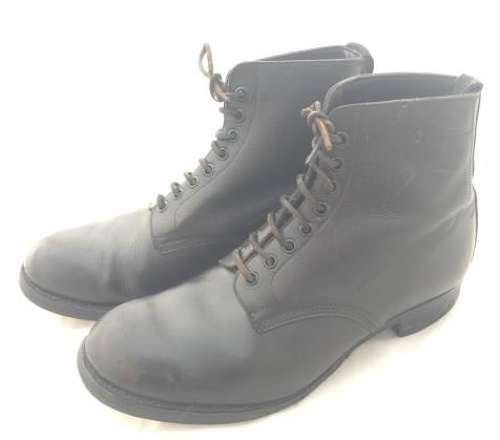 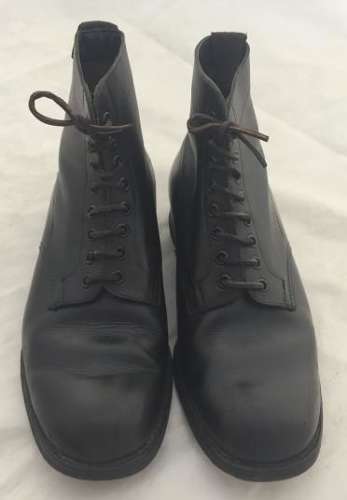 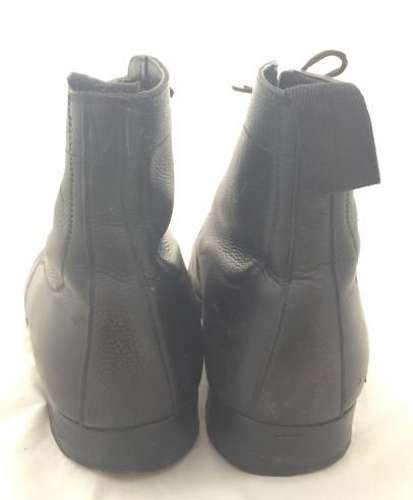 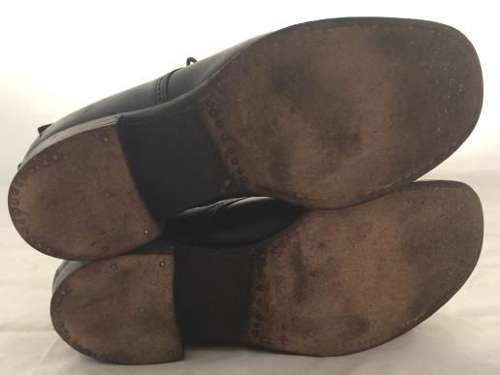 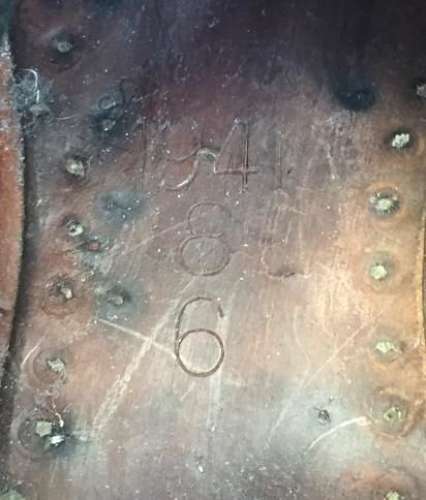 These boots, unlike the more common Ammunition boot used by the British Army, feature no toe cap. The construction however is very similar featuring a leather sole and heal which could be studded depending on the owner trade or preference.

The boots are in excellent condition and show only limited signs of wear to the soles which have never been studded. The leather uppers are in very good condition and all the stitching appears strong. A pair of leather laces are included with the boots which appear to be original. If not they are certainly very old.

Inside the boots are marked with the date, 1941, the maker and the size, which in this instance is 8.

Overall, an excellent pair of early war dated boots which would be ideal for a Home Guard, Royal Navy or RAF collector or reenactor.