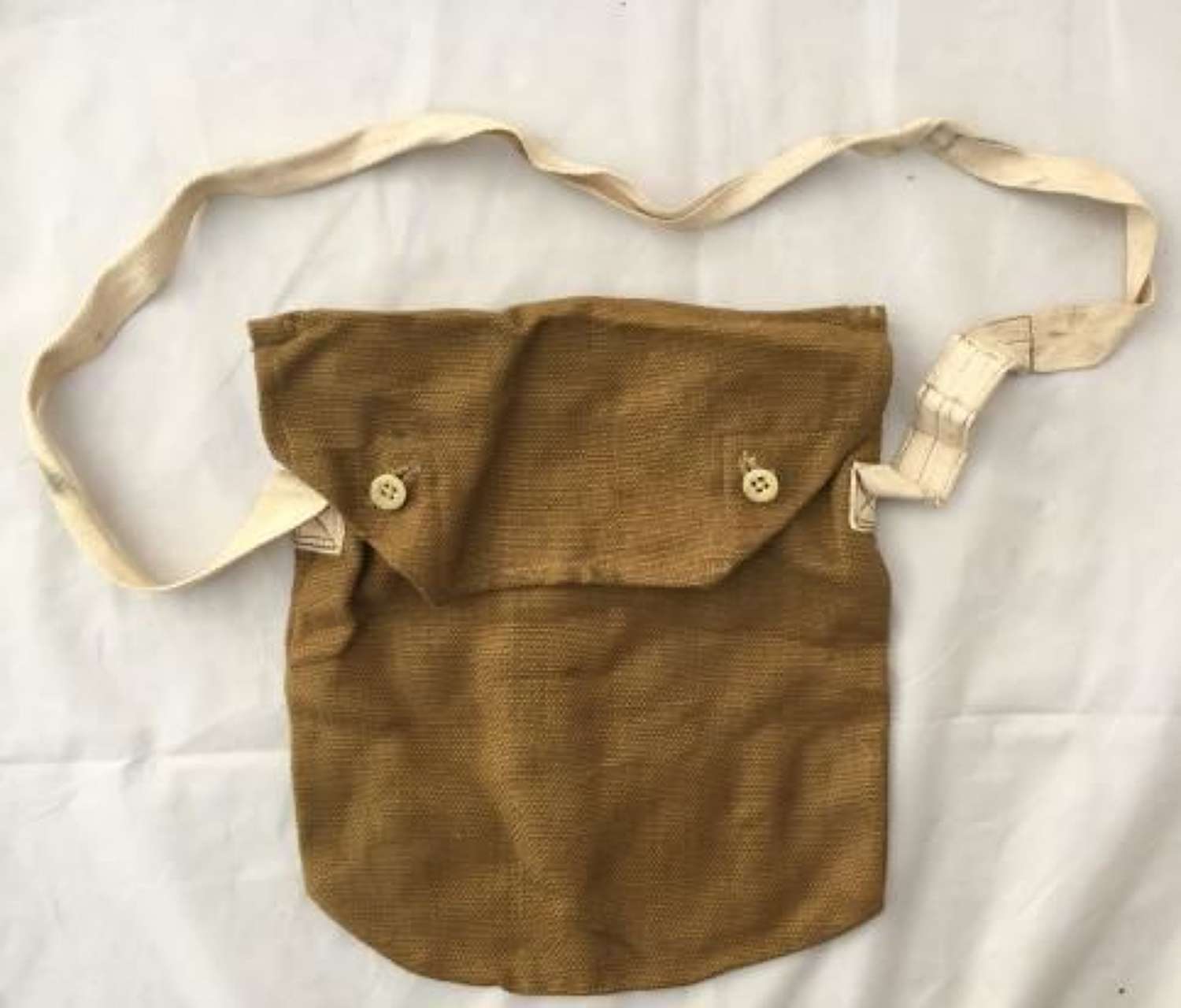 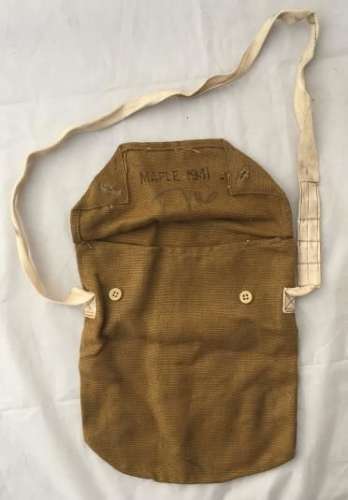 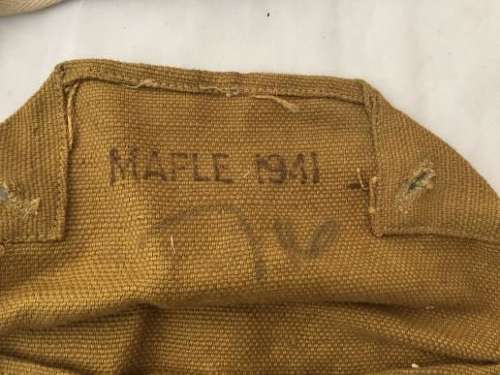 These bags made from rough hessian were issued to members of the Civil Defence throughout the Second World War and were designed specifically to carry the civilian duty respirator, rather than the standard civilian respirator.

The bag is clearly dated inside 1941 and bares the makers mark 'Maple'. Both original buttons are still intact as is the shoulder strap.

A mint condition example of this pattern of haversack with a nice early date.