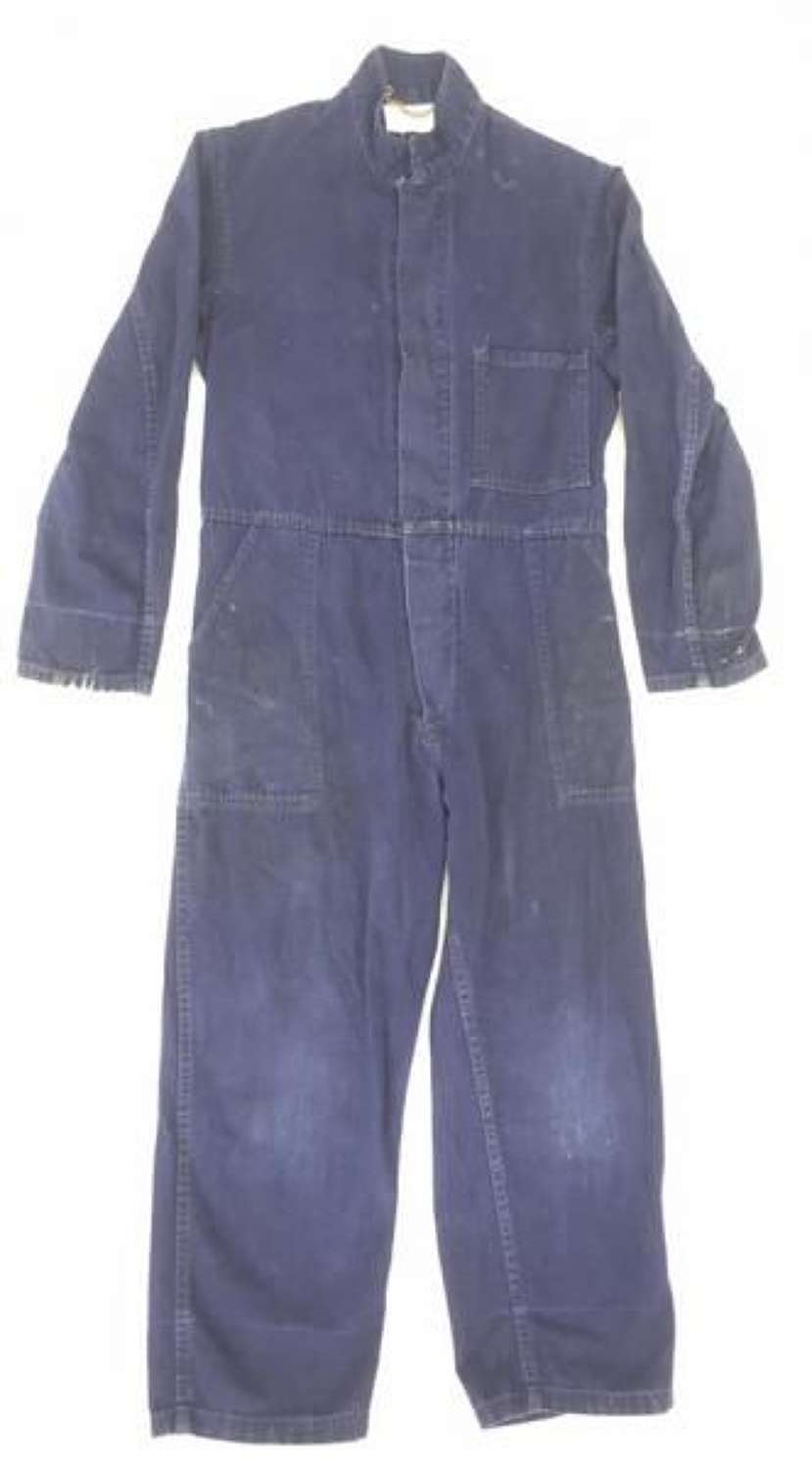 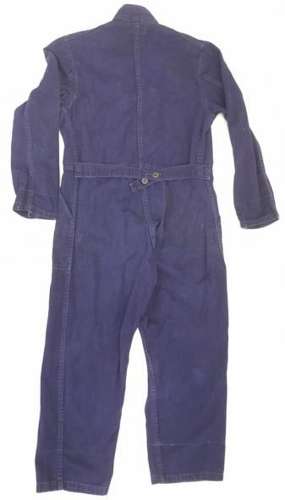 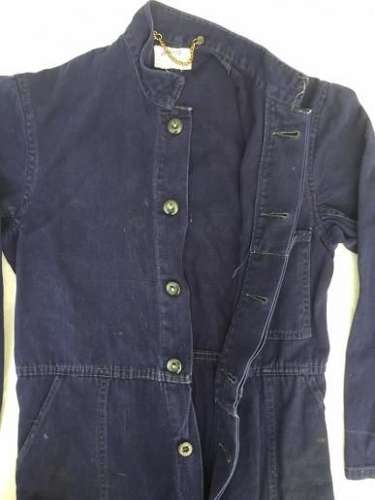 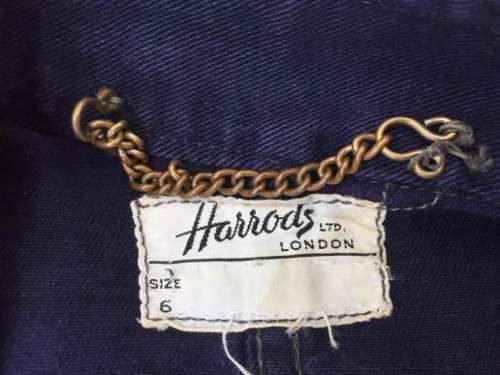 SOLD
A beautiful pair of scarce early-war private purchase coveralls made by 'Harrods' as worn on the Home Front during the Second World War.

These beautiful overalls are typical of those purcahse by members of civilian organisations in the early stages of the war in place of issue items. Many 'well off' members of organisations such as the ARP or Civil Defenese bought private purcashe examples such as these.

The coveralls are made from an indigo blue denim and feature a brass hanging chain inside the neck above a white 'Harrods' label which states the coveralls as being a size 6.

The coveralls feature all their original black revolving shank buttons which fasten the front and one two piece metal button to the fly.

The chest features a single patch pocket and there is a slash pocket on each hip. The rear of the overalls feature a buttoning half belt which retains its two original buttons..

The chest of the overalls measures 36" but they are very short and almost certainly made for a lady.

A very rare set of early-war coveralls made by a prestigious London brand which would undoubtedly compliment any Home Front collection.