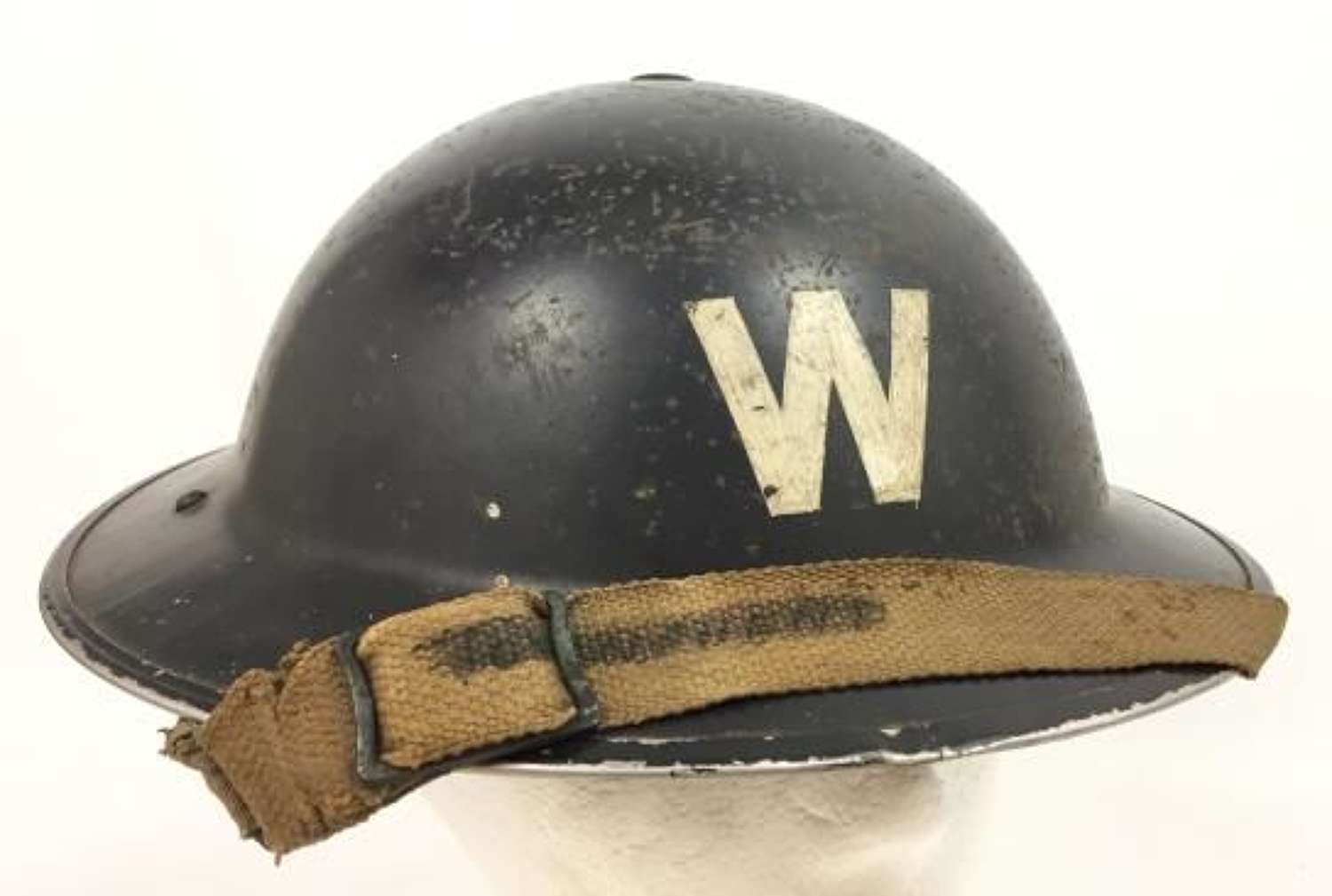 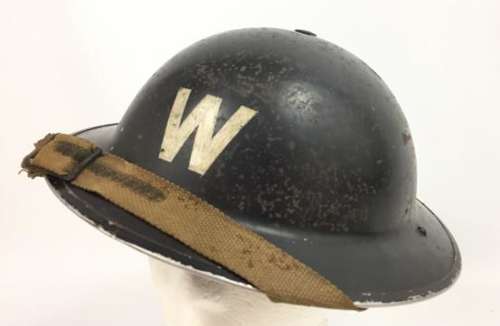 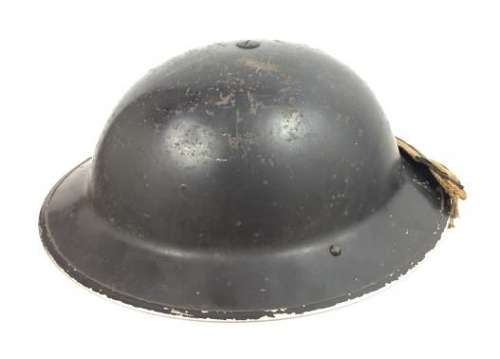 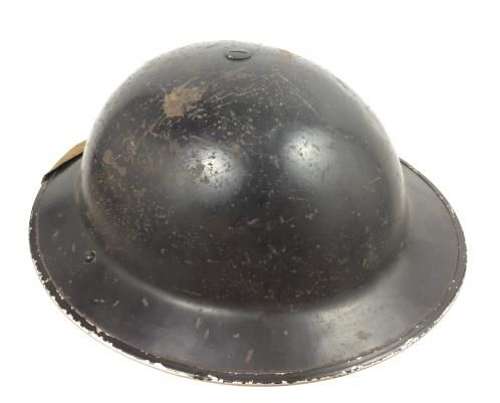 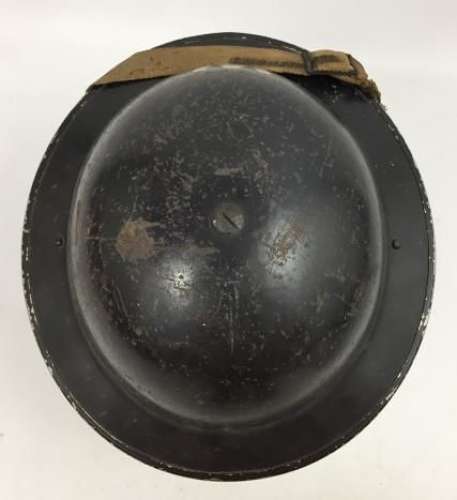 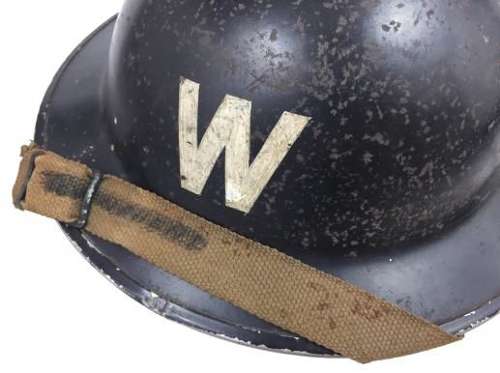 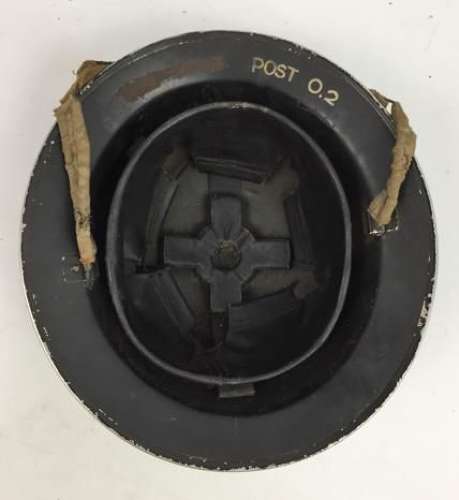 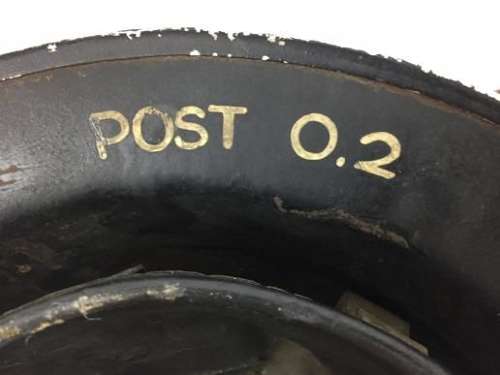 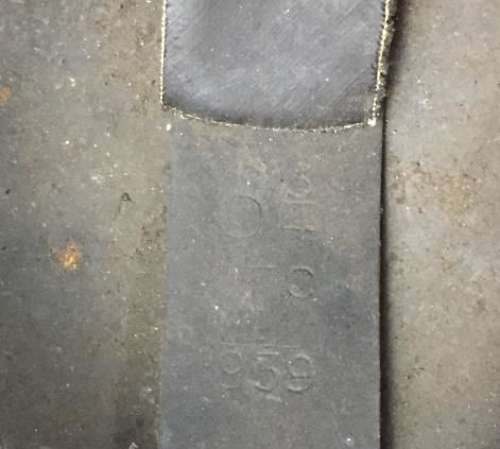 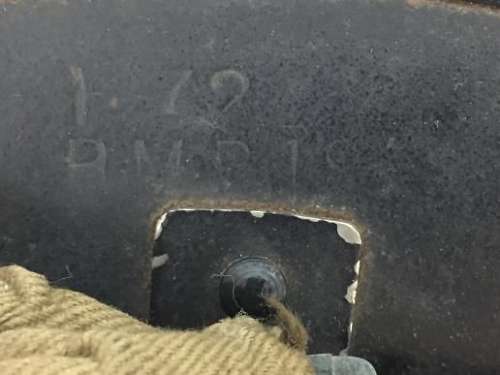 The helmet is a standard British made MKII steel helmet as was standard issue in the ARP. It has been painted black and had a 'W' painted in white to denote an ARP Warden. The helmet also features 'Post 0.2' hand painted in white to the inside edge which is a nice original addition and really makes the helmet stand out as an untouched original example.

The paintwork to the shell is good as can be seen in the pictures but the helmet clearly saw a lot of use and has been scratched many times. Over the years these scratches have tarnished and rust has come through creating an amazing patina.

The helmet features the correct large liner securing screw as found on early helmets such as this although curiously it has the cruciform shaped pad inside the liner rather than the round example usually associated with early helmets.

The liner is a good original example and has all the correct markings. The makers name, 1939 date and size are all present in the usual place. The helmet shell is also marked with the makers name 'B.M.B' which stands for British Motor Bodies who were one of the most prolific manufactures of British Steel Helmets during the Second World War.

The helmet comes complete with its original chin strap which appears to be original to the helmet. There is a name which has been written on to the strap and crossed out again but is still almost legible.

Overall, a very original untouched helmet which would compliment any Home Front display or helmet collection without a doubt!