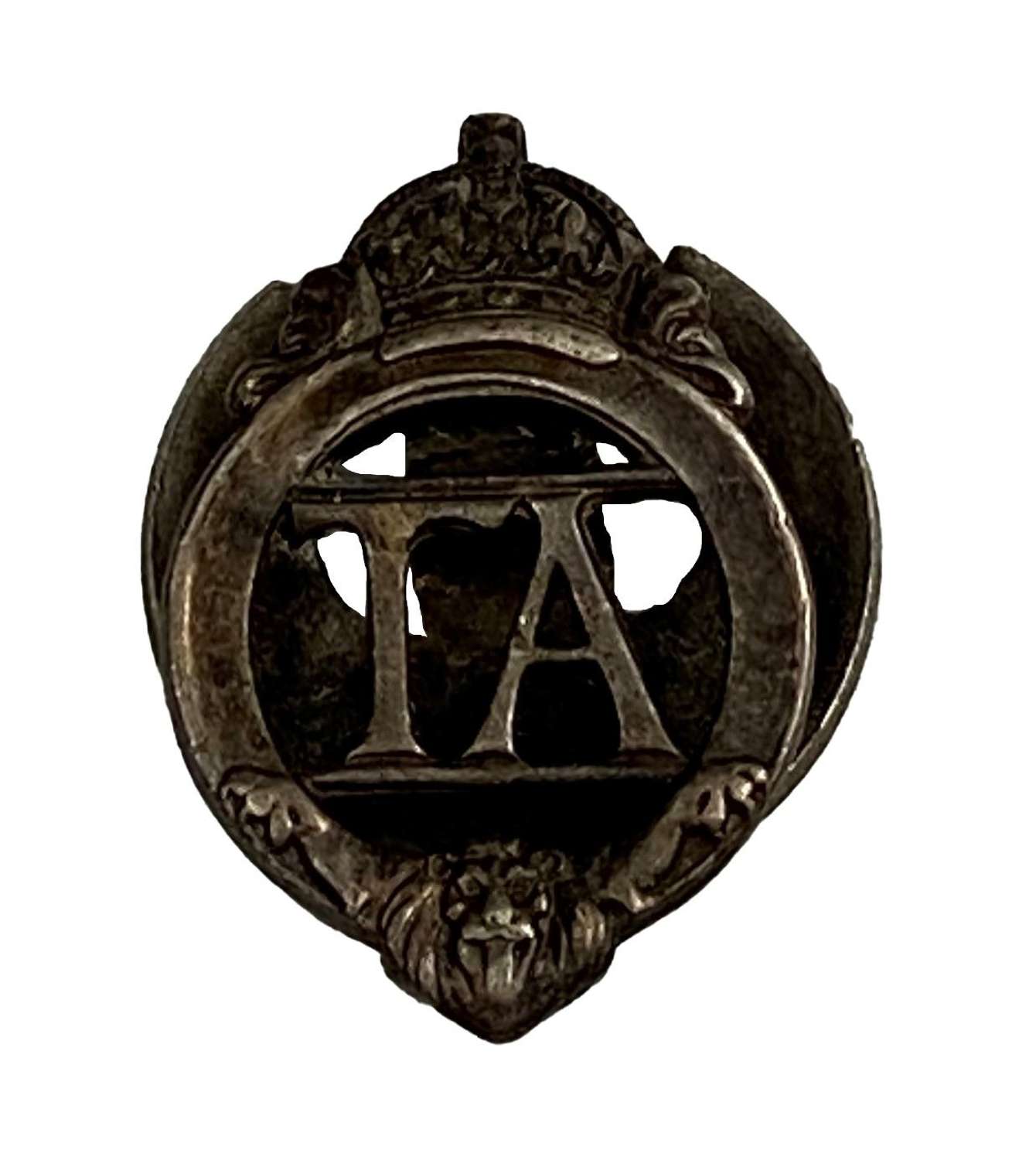 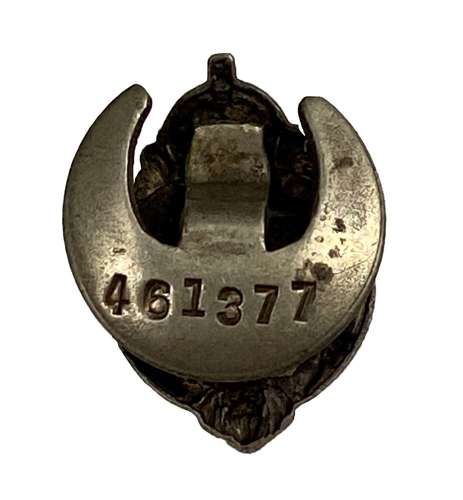 Lapel badges were very popular in the first half of the 20th Century, many being worn with pride. They were particularly important in wartime to show your peers that you were engaged in some way to help the war effort.

This example features the Kings crown and the letters 'TA' to the front. The rear features a 'horseshoe' as was standard during this period. It is numbered 461377.