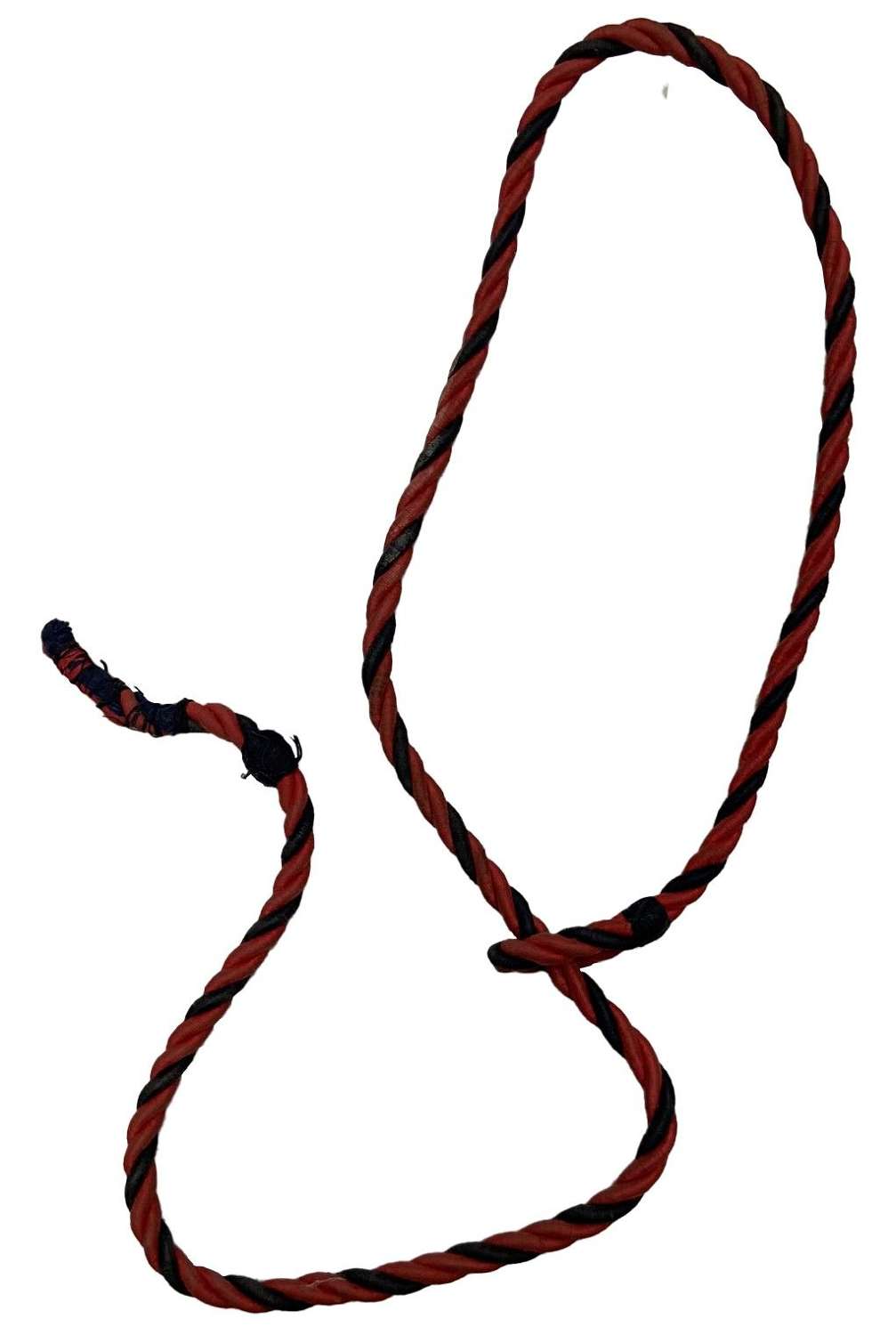 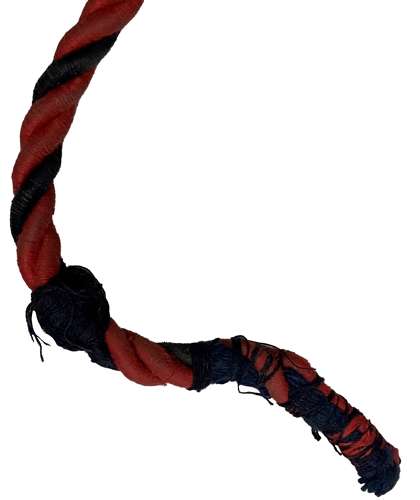 An original Royal Army Ordnance Corps coloured lanyard dating from the around the time of Second World War.

This lanyard was found with a set of items some of which were war dated and some dating from the immediate post-war period. It is impossible to date exactly but dates from the 1940s to early 1950s.