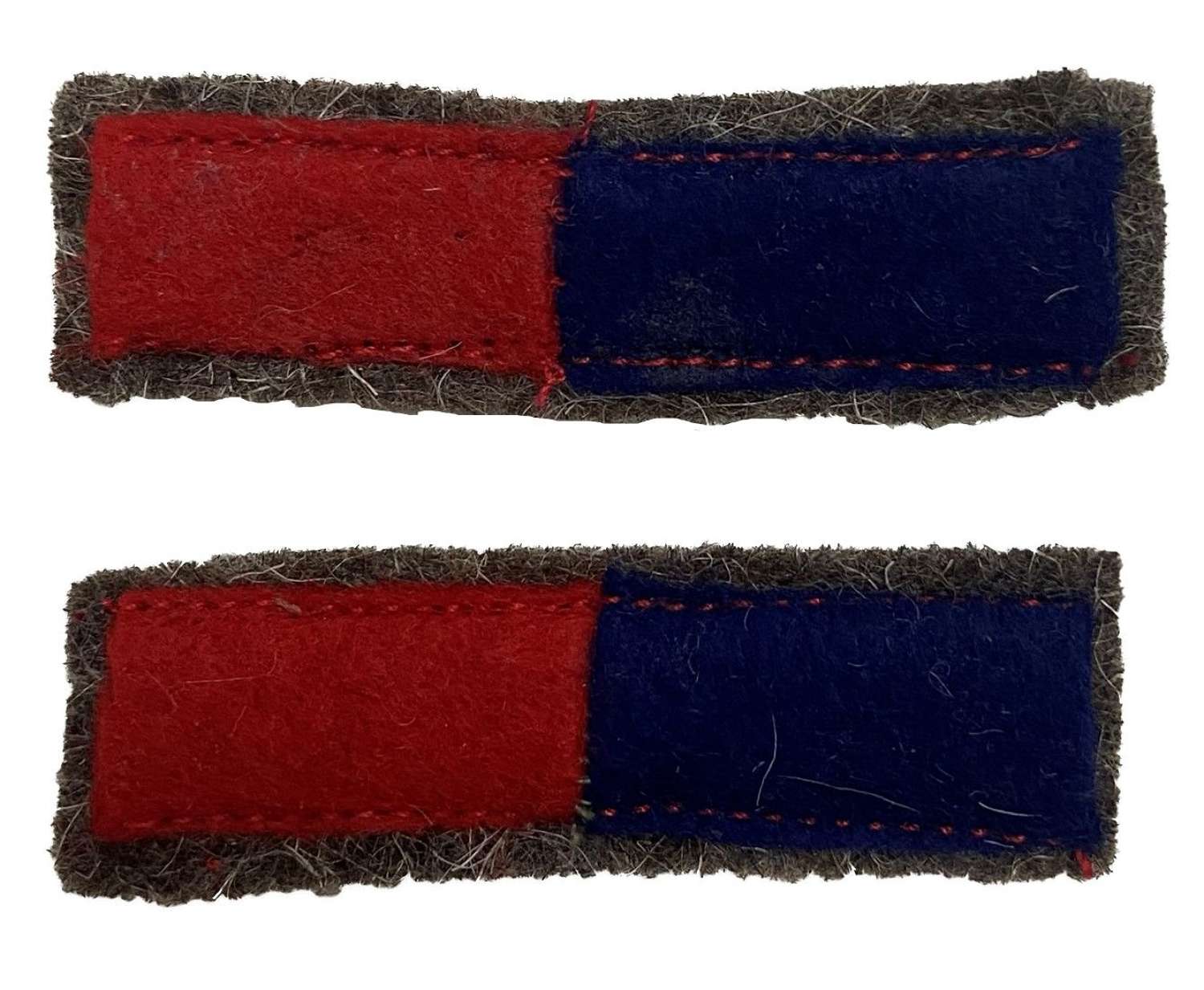 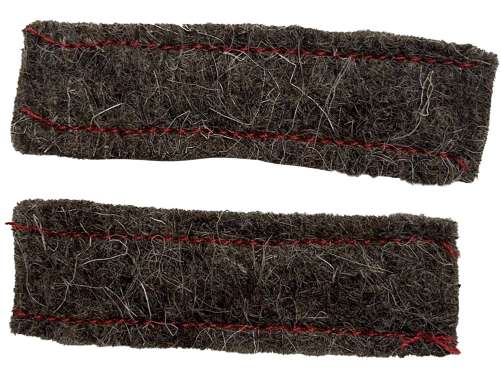 An original pair of British Army Arm of Service stripes, most likely dating from the immediate postwar period.

Arm of Service stripes were introduced in 1941 and were used throughout the Second World War and well into the post-war period. These examples are interesting as they are oversized measuring 2" long by 1/2" high. The backing is also peculiar which would suggest these were bought 'private purchase'.